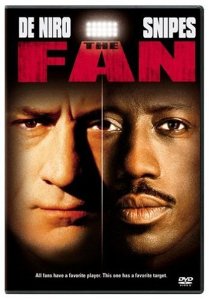 Here’s a little tip for all you guys taking out a chick on a first date: Don’t take her to a stalker film. I did and was told she couldn’t see me anymore immediately afterward. We went to see The Fan and despite my date’s reaction, this was nothing compared to some stalker flicks I’ve seen. Yes, this was a big-budget Sony Theatres summer blockbuster (or so they thought), so I should stay true to the vein of the independents and trash it, right kids? I’m not going to send this to Mars or bury it in the backyard, but even so, it’s not a bad film. Here’s the deal: DeNiro, once again adding that extra layer to a typical role and twisting it into even darker contortions, plays an ordinary schlub obsessed with not only the sport of baseball, but its shining star, the pride of the Giants, played cocky as can be by Snipes. DeNiro weaves his way into Snipes’ life by rescuing his son from drowning, and then (of course) by getting a bit out of hand which is funny and scary as only one of his manic obsessives can be (has his patent gone through yet?). DeNiro does some fine detail work here, like in the scene where he takes his son to a game, and draws attention screaming and swearing like a madman at the team just a little too venomously. We’ve all been there with our dads, right fellas? Right? Hello? Director Tony Scott (True Romance, Top Gun) pulls off yet another bright, loud action flick, but this time adds a psychoanalytic element through flashback and crashing, quick editing. Another treat here is Benicio Del Toro (Basquiat, The Usual Suspects) as the young upstart really fucking up Snipes’ chance to shine, but our knife salesman friend DeNiro takes care of that (guess how?). The Fan is typical big-budget, glossy, action/suspense given a little extra grit beneath the polish by a top-flight cast and crew. Maybe it left my would-be girlfriend cold, but it left me (will he say it? Is Phin that cheesy?) a fan. 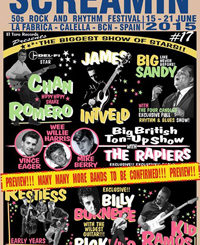 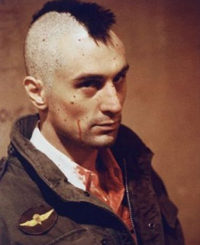