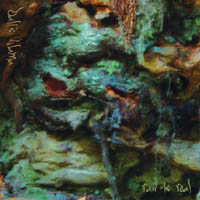 Raw is Real
by Craig Regala

The title is as much a call to arms as anything these days. Dali’s Llama keep doing what they do because it’s the right thing to do. This rough-cut, non-glossy hard rock is the base material from whence lotsa crap has sprung the past 30 years or so. Thing is, the basic set-up and focus these guys hone in on is the big bang in the ’50s that ALL HISTORY lead up to and has informed all useful activity since. Meaning the guitar, bass, drums, singer thing throbbed up through a little distortion and good amps. Stomping R&B from Bo Diddley to the Kinks/Who’s creation of hard rock to the Stooges, Guns N’ Roses, etc., on up. Dali’s Llama select a couple chords, construct a riff, and grab it like a terrier gets a rat and shakes that sumbitch ’til it’s nothin’ but meat and fur. This sits on top of a subtle backbone from the rhythm team continually supporting whatever weight (some heavy, some fluidly pretty, a buncha boot stomp) the song demands.

Yes, the songs… They got’m, which is no small feat when you have a stripped down, nowhere to go, no where to hide formula. The first cut, “Raw is Real,” comes off like pre-grunge grunge. Absolutely primal hard rock. Perfectly-placed, riff-ridden by an ominous loud muttering vocal giving you the news. The next one, “Theocracy,” has layered guitars working like the liquid roll Alice In Chains (and Snail!) took more towards an arena rock direction, but still, music to music, this fits, and I wish the rock hoards that dug that stuff would pull up a shovel and dig this. There’re a couple more that stroll down this path, “Blackout,” Syphilization,” as well as “Always,” which has a dreamy beauty to it that coulda landed it on a King’s X disc. “Hell No” oughta make anyone who ever dug Sabbath’s rock and roll stuff happy. They shift into a quicker tempo and place snot rocker “Gump” in the mix, as well as the brash “Eve’s Navel” to get your heart rate up. All throughout, the lyrics are giving the hairy eyeball to liars, feebs, and snivelers. Hey, if they were gonna knock off an oldie, how about the Flamin’ Groovies’ “Slow Death”? Jeesh, eight records in and as good as ever. Maybe better.

Pack it in the bong with AC/DC, Kyuss, Nebula, Snail, Cream, Howlin’ Wolf, and The Wipers.
(www.daliasllamarecords.com) 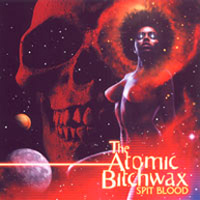 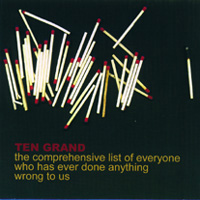