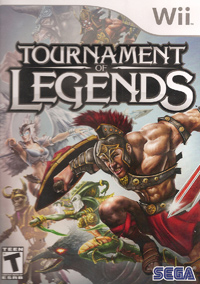 (Sega for Wii)
By Mike Delano

Flawed as it is, it’s impossible not to admire the ambition of Tournament of Legends. To create a brand new 3D fighting game in 2010 is a big enough gamble, but to create it for the Wii, where “hardcore” games typically wither and die unnoticed, is a mighty challenge. Developer High Voltage is mostly up to the task, however, unwilling as they are to dumb down the gameplay to appeal to the perceived Wii audience. Instead, it’s a fully-realized fighting game, with colorful characters (minotaurs, gladiators) and flashy combat, attractive battle arenas with clever environmental dangers, and authoritative narration from the heavens to tie everything together. It stumbles with its controls, though, and for a fighting game, that’s not a minor misstep. Mapping characters’ basic attacks to swinging the Wii Remote and Nunchuk opens the door to way too much imprecision. Using the classic controller can help alleviate this problem, but if you choose to strip away the already low-level immersion that the Remote/Nunchuk setup offers, there isn’t enough depth in the combat to keep you from swapping out the disc for an old Gamecube copy of Soulcalibur 2. And why does a majestic Valkyrie talk like a cheerleader from the Valley? Regardless, there is enough cool stuff here to warrant a look (especially at its reduced price point), even if it doesn’t have the goods to endure beyond the short-term.
(www.sega.com) 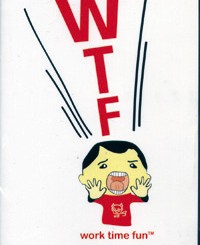