Rammstein, the Berlin-based band known for their incendiary live performances, will bring their brand new live production to North America this spring for 21 dates kicking off April 20 in Ft. Lauderdale.  Tickets for the tour, presented by Live Nation, will go on sale beginning Friday, Nov. 18 and will be available at Ticketmaster.com and LiveNation.com.

Demand for Rammstein’s pyrotechnic-laden performances has been so great in Europe, where they regularly play capacity level soccer stadiums, the band spent nearly a full decade without setting foot on North American shores.  In December 2010, the sextet returned to North America for two sold out shows including a performance at Madison Square Garden.  Rammstein followed with a 9-day trek of major North American cities in Spring 2011.

The Los Angeles Times described the live experience as “…epic stagecraft on a Wagnerian scale, several notches up from most arena rock.”

The  tour announcement comes on the heels of news of the band’s first retrospective release, Made In Germany 1995 – 2011, which will be available in North America (through a distribution deal between Universal Germany and Vagrant Records) on Dec. 13.  Rammstein recently released “Mein Land,” a new four-track digital single that features two new songs: the title track and “Vergiss uns Nicht” as well as remixes from BossHoss and Mogwai.  A video directed by Jonas Akerlund for “Mein Land” is also currently featured Rammstein.com.  Rammstein’s most recent full-length album, Liebe Ist Für Alle Da, debuted at #13 on the Billboard Top 200 in October 2009.

Rammstein first stormed America in 1998, touring with a set based on their Grammy-nominated breakthrough second release, Sehnsucht, featuring Du hast, the song that brought the world’s attention to the band. During their 1998 Family Values tour, praise was high, as well as indignation: band members were jailed in the US on indecency charges due to the highly provocative live show. 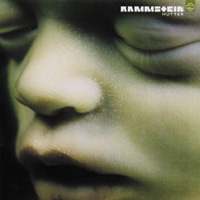 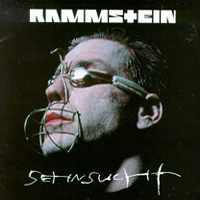