Title Fight on Warped 2012, tour with Rise Against

Kingston, PA’s Title Fight had a storybook 2011 – one that most bands can only dream of. From the release of their critically acclaimed first full-length, SHED, on Side One Dummy, to their appearance on the cover of Alternative Press #280, to dates at Reading, Leeds, Hevy and many other festivals, and recent support slots with seminal bands Lifetime and Bouncing Souls, it’s clear that Title Fight had an impressive number of accomplishments last year. Now the band has announced a slew of new tours for the upcoming year including a trek through Japan in February, an opening slot on the second leg of Rise Against’s spring tour, and nearly all of 2012 Vans Warped Tour (dates TBA). Additionally, Title Fight will hit the studio again in 2012 to begin recording for their next release.

Formed in 2003, the four-piece has developed a feverish underground following through their non-stop touring, intense live show, and several releases, most recently their 2011 full-length Shed which was released on Side One Dummy in May. Recorded with producer/musician Walter Schreifels (Gorilla Biscuits, Quicksand, Rival Schools), Shed debuted at #8 on the Billboard Heatseekers Chart upon release in May and generated accolades from Alternative Press, Kerrang!, Outburn, NME, AMP, and many others. The AV Club called Shed “tight, punchy, and perfect for both heartfelt sing-alongs and circle pits,” while Alternative Press described it as “wonderfully rough and ambitious.” 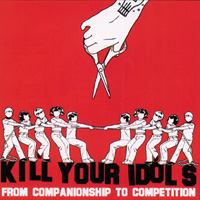 Kill Your Idols – From Companionship to Competition – Review 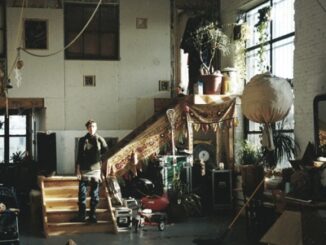