After spending another year on the road playing in front of thousands of fans and converts in the US and Europe, The Front Bottoms kick off the New Year with a string of dates supporting Bad Books (featuring Kevin Devine and Andy Hull of Manchester Orchestra). The tour kicks off on February 13, 2013 at Thompson House in Newport, KY. The band will play eleven shows over a 12-day period concluding in West Columbia, SC at New Brookland Tavern.

The Front Bottoms were one of NPR’s Bob Boilen’s Top Ten Discoveries at CMJ this year. “… Rarely have I seen such passion from a club audience for a band I knew nothing about”, explains Boilen. “Filled to capacity and from back to front, people were singing every word. The few that didn’t may have been busy stage diving to the punk-ish folk he was strumming and speak-singing. Communal and joyous”.

While the band has been breaking down doors at the Los Angeles Times, Alternative Press, DRUM Magazine, AOL, Filter, AllMusic, Aquarian Weekly, Jersey Beat, The Jersey Journal, and The Star-Ledger and garnered quite a bit of attention and coverage, MTV finally took notice and placed them on Buzzworthy’s The Most Criminally Overlooked Artists Of 2012. In addition, they caught the ears of KROQ in Los Angeles, WRFF Radio 104.5 and WXPN in Philadelphia, WFUV in New York, and Chicago’s WXRT among many others. They kicked off 2012 by being names January’s “Band of the Month” by Macbeth Footwear, followed by a live on-air performance at Philly’s non-commercial ace WXPN (88.5 FM), which was also their featured Free At Noon show at World Café Live.

Their performance was also simulcast on NPR and can be heard here: http://www.npr.org/2012/01/06/144691569/the-front-bottoms-in-concert. After another noteworthy year, 2013 is on-track to be nothing less than impressive. 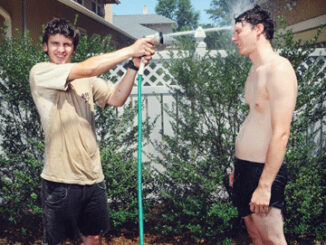 The Front Bottoms to tour with Motion City Soundtrack – News 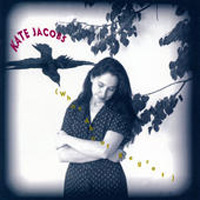 Kate Jacobs – What About Regret – Review