Five Finger Death Punch has released the lead single from their forthcoming two new studio albums. The track, “Lift Me Up” (featuring Rob Halford of Judas Priest), which debuted with a performance of the band joined by iconic guest artist Halford live at Revolver Magazine’s Golden Gods Awards Show, has hit the air on radio stations across the globe. Singer Ivan Moody shares, “First and foremost, just to work alongside an icon like Rob Halford, THE Metal God, was absolutely surreal. The song itself was originally written about overcoming everyday obstacles and less than perfect situations.  Most of us weren’t born with a silver spoon in our mouth but if life dealt you all the wrong cards, you still have to play.  The song’s intent is to inspire; if you play that hand right you might just come out on top anyway”

“Lift Me Up” (featuring Rob Halford of Judas Priest) is available online
http://bit.ly/10kJNWX

Five Finger Death Punch will release The Wrong Side Of Heaven And The Righteous Side Of Hell Volume 1 on July 23, while Volume 2 is scheduled for later this fall.  Eleven Seven will release the albums outside of North America. Five Finger Death Punch guitarist Zoltan Bathory recently shared, “We came off the road after a couple of great years of touring and were really amped up to write the 4th record. Everybody was in the right headspace and the band tighter than ever so it was a perfect storm. We jumped in head first and found ourselves 12-13 songs deep fairly quick but were still coming up with better and better material so we looked at each other and said…. ok why stop there?  Let’s keep going. Once we passed the 24th song we knew we’re going to have to do two albums. We had this massive amount of music that’s very dear to us, possibly the best material this band has ever created. At that point there was no way to decide which songs to leave off one album. So we made the decision to release them all.”

The band will co-headline the 2013 Rockstar Energy Drink Mayhem Festival alongside Rob Zombie kicking off in San Bernadino, CA on June 29.  The travelling festival will stage appearances in 26 markets, and the full itinerary can be viewed here: www.fivefingerdeathpunch.com/tour/

Five Finger Death Punch has released three consecutive RIAA gold certified albums through Prospect Park for sales exceeding 500,000 copies. The success of The Way of The Fist (2007), War Is The Answer (2009) and American Capitalist (2011), which debuted at number 3 on the Billboard charts in October 2011, exhibits the band as one of the few in the rock genre to consistently see significant sales both digitally and physically.  The band’s ten consecutive Top 10 radio hits – including 2012’s #1 hit “Coming Down – have spawned cumulative single sales of over 4.2 million.  Going back to 2008’s “The Bleeding”, Five Finger Death Punch has consistently been one of the most heavily played bands at rock radio. 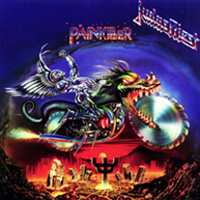 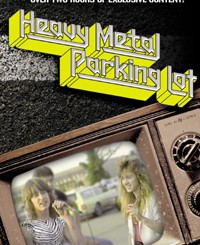