Editors release The Weight of Your Love

Editors have released their fourth studio album, The Weight Of Your Love, via [PIAS] America! According to lead singer and songwriter Tom Smith, the new LP is “a band record, a musical record, a rock record… with a foot in that alt-rock / Americana world.” The follow-up album to Editors’ two consecutive #1 UK albums, The Weight Of Your Love is currently streaming in full with KCRW, and is now available via iTunes (Standard & Deluxe) and other digital retailers. CD, double CD (with bonus tracks) & double 180g vinyl versions of the album are also available.

The Weight Of Your Love is the first Editors album to feature new members Justin Lockey and Elliott Williams, following the departure of founding member Chris Urbanowicz in 2012. Inspired by Scott Litt’s work with REM amongst others, and built around a live performance approach to recording, the album was recorded in Nashville at Blackbird Studio by producer Jacquire King (Tom Waits, Norah Jones, Of Monsters And Men, Kings Of Leon) and mixed by Craig Silvey (Arctic Monkeys, The Horrors, Arcade Fire, Bon Iver). It also features extra production from Clint Mansell (Grammy award winning ‘Black Swan’ soundtrack) on “Nothing,” rescored from the original to become what Tom and Ed Lay both describe as the “centerpiece” of the album.

Lyrically focused on “love songs that don’t adhere to the traditional love song type” according to lead singer Tom Smith, The Weight Of Your Love features lots of firsts for the band, not the least of which is Tom’s falsetto on “What Is This Thing Called Love.” Horns make an appearance for the first time on an Editors record, and Elliott’s amazing new vocal contributions serve as a beautifully melodic counterpoint to Tom’s, as best displayed on “Formaldehyde.” “The Phone Book,” meanwhile, seemed to need nothing more than an acoustic guitar. “I have a deep love of those big rock records that are straightforward,” notes Tom, “and we really embraced that throughout this album.” 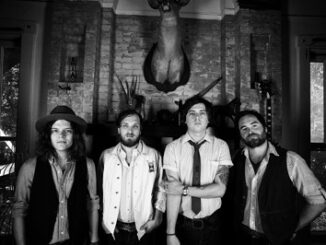 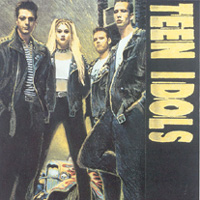