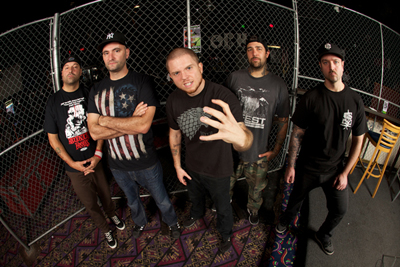 Hatebreed rage on with new album and tour

The Grammy nominated Connecticut based juggernaut, Hatebreed, will embark on a North American headlining tour in support of their new album, The Concrete Confessional, starting on May 13. Joining them on the trek are modern metal stalwarts Devildriver, label mates Devil You Know and Metal Blade recording artists Act of Defiance.

Comments vocalist Jamey Jasta:
“New album and tour in 2016?! Lets do this! Our return to the states has been a long time coming and we could not be more excited! Fans have been asking for us to tour with Devildriver and Devil You Know for a long time and we’re pumped to have Act of Defiance. on some shows as well. Get your tickets and we’ll see you in the pit!”

The band is currently in the studio with longtime producer Zeuss (ROB ZOMBIE, SUICIDE SILENCE, WHITECHAPEL) finishing up on The Concrete Confessional. The record will be mixed by Josh Wilbur (LAMB OF GOD, MEGADETH) and tentatively scheduled for release in the Spring of 2016 via Nuclear Blast.

Legacies become forged through consistency. Relentless reliability is intrinsic to longevity in the music business—or any other business for that matter. No giving up is allowed. No promise can go unfulfilled. If people can depend on you, they’ll believe in you and stick with you until death. Since forming in 1994, Grammy award-nominated hardcore and metal stalwarts HATEBREED have constantly crushed with every subsequent album.

It’s been a long road and along the way, but the band has racked up sales of over 1.5 million records worldwide. They’ve garnered a Grammy Award nomination for “Best Metal Performance” for “Live for This”, and they’ve appeared at prestigious festivals including OZZfest, Mayhem, Download, Soundwave Australia and Wacken Open Air multiple times. Among numerous chart successes, their first-ever live DVD, Live Dominance, debuted at #1 on the Billboard DVD chart, while HATEBREED hit #4 on the Billboard Indie chart.

HATEBREED’s latest album, The Divinity Of Purpose, sold 17,000 copies in the United States in its first week of release to land at position No. 20 on The Billboard 200 chart. The CD was co-produced by HATEBREED, Zeuss and Josh Wilbur, with Wilbur also handling mixing duties. The cover artwork was created and illustrated by Eliran Cantor (TESTAMENT, ATHEIST, SIGH, ANACRUSIS, GWAR). 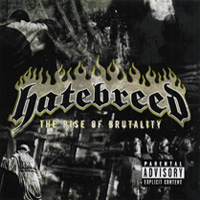 Hatebreed – The Rise of Brutality – Review