Luciferian Light Orchestra is a band formed in 2014 by Christofer Johnsson of Therion, performing songs that Johnsson has written over the years but he thought were too retro-sounding for Therion.


Johnsson has always had a big passion for ’70s music. Thus, Luciferian Light Orchestra sounds like a ’70s version of Therion, mainly inspired by ’70s occult vibes and themes. The self-titled album was recorded and mixed by Christofer at Adulruna Studio and and mixed by Lennart Östlund (Led Zeppelin, Abba) at Polar.


In the process of making Luciferian Light Orchestra, there was a large group of people involved: Two drummers, one bass player, five guitarists, two keyboardists, three Hammond organists, four lead singers, and five backing singers. It’s not official who contributed on the album and who the members are, but Christofer has revealed that it’s “a mix of old symphonic rock and progressive musicians, some current Therion members, one ex-Therion member, and some artists from other bands, plus some known and unknown people from Dragon Rouge giving a hand with backing vocals.”


Luciferian Light Orchestra’s self-titled debut album was released in Europe on Walpurgis Night 2015. The record received a lot of positive feedback from different circles – from the media, Therion fans, lovers of ’70s rock ‘n’ roll, and fans of the occult rock genre – converting numberless enthusiasts shortly after the record was out.


The band toured in Latin America in the fall of 2015 and in Europe during January 2016, both times as a support act to Therion. Luciferian Light Orchestra received even more positive feedback while being on the tour, and performing live was a great gateway for discovering a new audience.


After a short break, the band is ready to present an EP which contains four songs. Entitled Black EP, the atmosphere of the songs vary very much, and it is an interesting combination of different styles and tunes, the first of which can be heard with the track “Where The Lilies Grow” exclusively HERE at Svart’s Soundcloud.

Johnnson explains the background to the song: “The song dates from 1995 and was one of the two songs that a band called Theli rehearsed. I had doubts about the future of Therion and formed a second band together with my friend Tommie Eriksson, who had been a live session musician for Therion at the time; today, he is playing in the bands Saturnalia Temple and The Tower. I wrote two songs that we began to rehearse, and we had some other people about to become members, as well. Then I unexpectedly got the information from our record label that they would give me the budget I needed to fulfill my musical dreams with Therion, and as a result of that, there was no more time left for the band Theli, and I decided to disband the group and instead named the coming Therion album Theli in tribute to the spirit of the band. One of the songs was re-arranged into what became the song ‘Cults of the Shadow’ appearing on this – according to fans – legendary album that not only finally brought fame to Therion with over 100,000 copies sold, but also established and inspired a whole new genre of music, Opera Metal.”


Continuing the story, Johnnson says, “The second song, that was never used, was instead planted like a dark seed in the ground, and now 21 years later, it has blossomed up to be enjoyed finally. Among diehard Therion fans that know their band history, this song has been refered to as ‘the lost Theli song,’ and it has been a constant fan request that the demo of this song be released as a bonus track or some special release. But it was only recorded as a simple 4-track porta-studio demo on an aging low-quality cassette with horrible sound, so it never felt like a good thing to do. So, when I gathered old, vintage-sounding songs for the debut album of Luciferian Light Orchestra, this was of course a natural choice of song to record. The old song didn’t have any proper lyrics, so words offering tribute to the legendary blues guitarist Robert Johnsson – who said he sold his soul to the Devil in return for becoming the best blues guitarist in the world – was written and it got the title ‘Where the Lilies Grow.’ But the Devil works in mysterious ways, and the version recorded for the debut didn’t fulfil my expectations of the song. And if the song had been waiting in the vaults for 20 years, it deserved to be re-recorded and sound like it was intended. And out of that, the idea for recording this EP came up.” Cover and tracklisting are as follows:

Therion: First Metal Band To Have Own Board Game Since Kiss – News 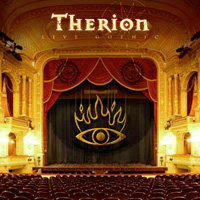 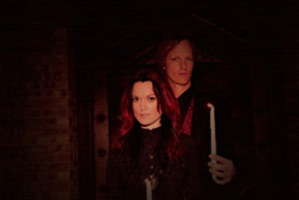