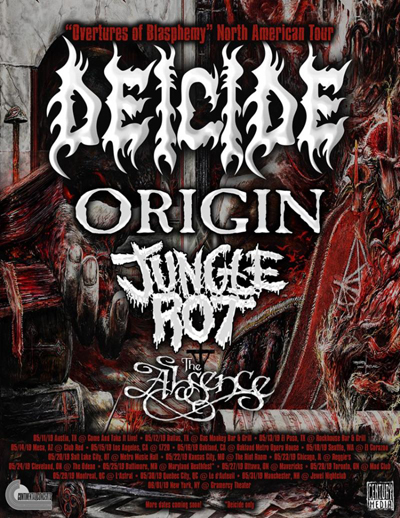 US death metal legends Deicide have announced their spring North American headline tour. The band will hit the road starting May 11th in Austin, TX to June 1st in New York City and will be making stops in major markets like Los Angeles, Seattle, Chicago, and more. Deicide will be joined by Origin, Jungle Rot, and The Absence as support. Tickets are available for purchase HERE.
In addition to the tour announcement, Deicide is also proud to introduce their newest, permanent addition to the line-up, guitarist and longtime friend Chris Cannella. “Looking forward to getting out there with the new line-up and bringing the new offerings of blasphemy to the people,” states Deicide bassist and vocalist Glen Benton about the announcement.
The band will be hitting the road in support of their fall 2018 release, Overtures Of Blasphemy, which was produced by Jason Suecof (Whitechapel, August Burns Red, Chelsea Grin) and Audio Hammer Studios. Overtures Of Blasphemy shows the band in top form. This is real US death metal: Fast, blasphemous, and evil. 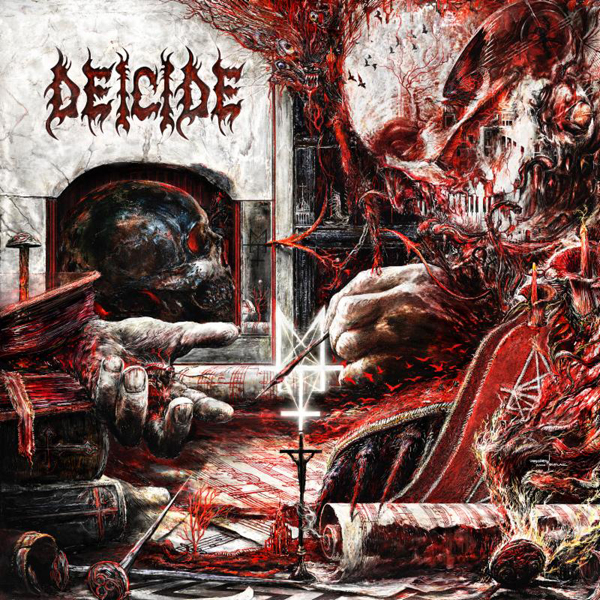 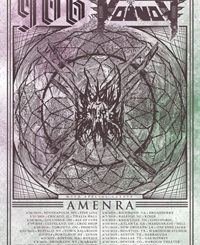 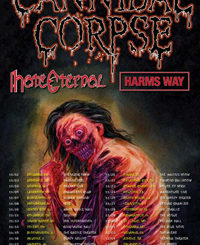