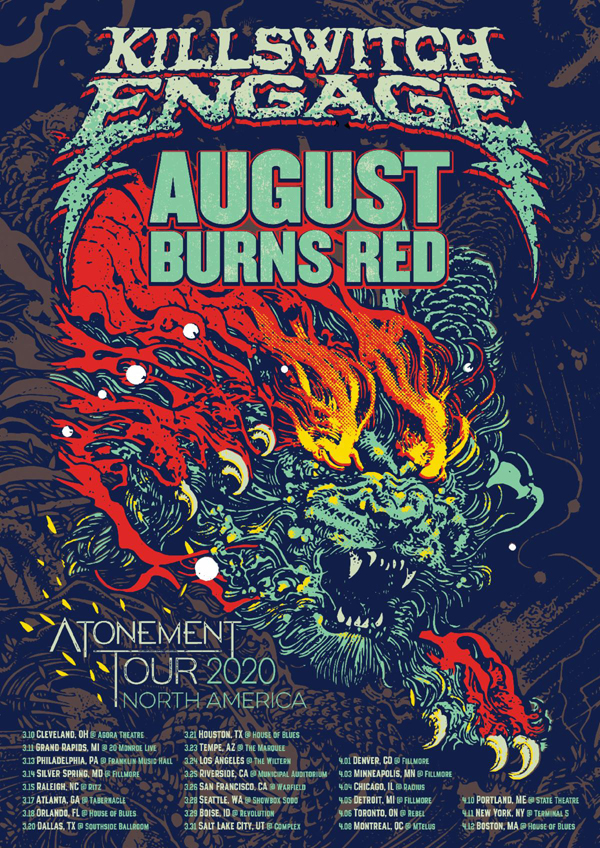 Grammy-nominated and Gold-selling hard rock heavyweights Killswitch Engage have announced their Spring 2020 North American tour plans. The band, recently recognized by Forbes as “one of modern metal’s most cherished acts,” will return to the road to headline clubs and theaters across the US and Canada. The trek kicks off on March 10 in Cleveland and runs through April 12 in Boston. Lancaster, Pennsylvania’s own August Burns Red will serve as main support for all of the dates. Additional acts appearing on the tour will be announced at a later date. All tour dates are below.

Killswitch Engage’s latest album Atonement is out now via Metal Blade Records. All Music described the album as “the best-sounding record in the band’s catalog, bridging modern studio techniques with early-2000s ones,” while Consequence of Sound praised the band for continuing to “deliver brutal compositions that hook listeners in with thrilling musicianship.” Loudwire deemed the record a “high mark in the Killswitch Engage catalog and easily the metalcore icons’ most dynamic release yet.” MetalSucks summed it up best, saying, “There’s a reason Killswitch Engage have survived when many of their peers tripped over their ear gauges and fell by the wayside. They’re just really damn good at what they do,” while Exclaim! enthused that Atonement is full of “material so killer that nobody could ever doubt them.”

About Killswitch Engage:
Killswitch Engage first shook the structure of heavy music upon climbing out of snowy industrialized Western Massachusetts in 1999. A musical outlier, the band pioneered a union of thrashed-out European guitar pyrotechnics, East Coast hardcore spirit, on-stage hijinks, and enlightened lyricism that set the pace for what the turn-of-the-century deemed heavy. 2002’s Alive Or Just Breathing became avowed as a definitive album, being named among “The Top 100 Greatest Metal Albums of the Decade” by Decibel and celebrated by everyone from Metal Hammer to Revolver. Not only did they bust open the floodgates for dozens to follow, but they also garnered two GRAMMY®Award nominations in the category of “Best Metal Performance” in 2005 and 2014, respectively, and gold certifications for The End of Heartache [2004] and As Daylight Dies [2006]. The group landed three consecutive Top 10 debuts on the Billboard Top 200 with Killswitch Engage [2009], Disarm The Descent [2013], and their career high best bow at #6 with Incarnate [2016]. The latter two releases would also both capture #1 on the Top Rock Albums and Top Hard Rock Albums charts. Their total streams have exceeded half-a-billion to date. Along the way, the band has shared stages with some of the biggest acts in the world and have sold out countless headline gigs in six continents across the globe.

2019 represents another turning point. The quintet – Adam Dutkiewicz [lead guitar], Joel Stroetzel [rhythm guitar], Mike D’Antonio [bass], Justin Foley [drums], and Jesse Leach [vocals] – sharpen every side of this signature sound on their eighth full-length and first for Metal Blade, Atonement. Their most critically acclaimed album in at least 15 years, Atonement debuted #2 on the Billboard Top Album chart, #13 on the Billboard Top 200, and once again #1 on both the Top Rock and Hard Rock Album charts. Needless to say, worldwide touring is on the agenda for the rest of 2019 and beyond. 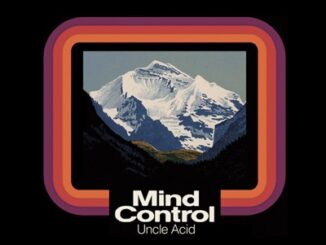