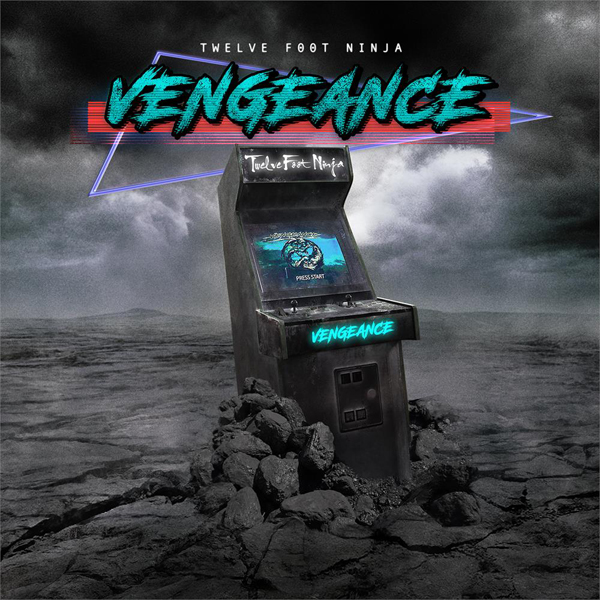 Australia’s heavy fusion rockers Twelve Foot Ninja, riding the virtual wave of two #1 singles on Sirius XM’s Liquid Metal and a Top 20 single on Billboard’s Mainstream Rock indicator chart with their previous single “Start The Fire,” have released a third preview of their forthcoming album (Vengeance, out Oct. 15 via Volkanik Music) with the arrival of “Over and Out” featuring guest vocalist Tatiana Shmayluk (Jinjer).

“The song is an ode to the complicated relationship we have with our own mortality and how death can seem like the arms of a lover beckoning us to an early demise,” explains singer Kin Etik. “The French first coined the phrase ‘l’appel du vide,’ which is the feeling of wondering what it would be like to jump in front of a truck or to jump off a cliff. It translates into English as the ‘call of the void.’ The phenomenon is actually a positive affirmation that by not answering the call you unequivocally choose life.” 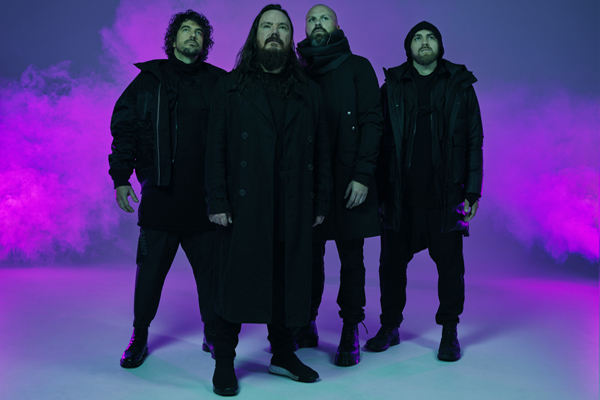 On inviting Jinjer’s Tatiana Shmayluk to work with the band on “Over and Out” – “We wanted someone who could represent the lyric ‘the devil in my blood’ – both the darkness and the light. Tatiana embodies what we needed for this track perfectly, so asking her to feature on it was a no-brainer. Her band Jinjer and Twelve Foot Ninja have played together a number of times, and we instantly connected the first time we met in the Ukraine capital Kyiv. We’ve since to to respect Tatiana as a musician and as a human, so we’re stoked she’s agreed to jump on this track.” 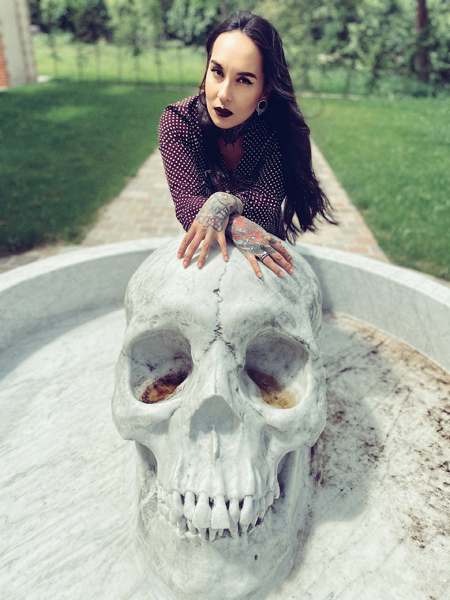 “When the TFN guys asked me to feature on one of their new tracks, I immediately said yes without even hearing it!” says Tatiana. “The song and video were a lot of fun, and very different from anything I’ve done with Jinjer… It’s a great pleasure to be an honorary member of the Twelve Foot Ninja clan now!”

Vengeance arrives as an immersive multimedia project, with the album being released simultaneously with The Wyvern and The Wolf, a high-fantasy novel written by Nicholas Snelling. Set in a grim and savage world, The Wyvern and The Wolf tells the tale of an orphaned Samurai boy named Kiyoshi who is adopted by the ruthless leader of a clan of ninja. Much more than a mere origin story, however, the novel is a tour de force in fantasy fiction and world-building, and represents a unique partnership with Snelling. Published by The Venn Gents, the novel can be pre-ordered now from www.twelvefootninja.com. The original story of the Twelve Foot Ninja was conceived by Stevic MacKay and his partner Fiona Permezel. It was that concept which first inspired The Wyvern and The Wolf.  A graphic novel, Vengeance is also available now, written by MacKay with artwork by George Evangelista, Vengeance sees the band’s namesake, the Twelve Foot Ninja, journey through alternate dimensions to take on an evil alien entity.

Twelve Foot Ninja were the 2014 winners of Best New Talent at Revolver’s Golden God Awards and a 2016 ARIA nominee for Best Hard Rock Album. Their last album, Outlier, was #1 on Australia’s Independent Records album chart, #6 on the all genre ARIA chart, #3 on Billboard’s Heatseekers chart and #15 on the U.S. trade magazine’s Alternative album chart.