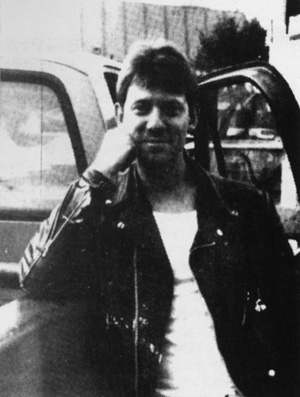 If you’re like me, you treasure the few people in this world you may meet who are kind, warm, and sincere. You admire them for their ability to love openly, to offer friendship genuinely and remain dignified about themselves.

You should have known Sean Patrick Murphy. I wish I had known him better.

Sean was a DJ at WMFO (Tufts college radio ). Since the age of 18, when he interned at major Boston stations, his dream was to have his own local music program, and with the help of fellow staffers Mikey Dee and Morgan Huke, that dream became a reality.

Morgan recalls, “We were like a family, always supporting each other.” Asked about Sean, he said, “There are very few people in music I’ve met who had such a positive attitude.” Jon Macey of Macey’s Parade was a friend of Sean’s. “He loved what he did; he always had fun. Sean was unique”.

I agree. I met Sean once at WMFO, during his shift. The way he greeted me and my band, threw our tape right on, told us to sit at the mic and followed the song with an impromptu interview made my head spin. I felt like I was staring into the sun from the sheer genuine enthusiasm he had, and the kindness he showed this group of total strangers. He insisted we return to perform on his live show and called me days later to confirm. If you’ve met many people in the music business you know this type of unsolicited support is unheard of. He showed this same unconditional devotion to various charities, his other passion.

Sean Patrick Murphy died suddenly at his sister’s home in California at the age of 37 on April 27, 1994. At a recent benefit concert at the Middle East, people like Willie Alexander and Charlie Farren, with a couple of hundred other friends, gathered to express the same sentiment: Sean will be sorely missed. 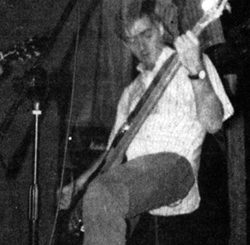 Slower – with Slughog at the Middle East Cafe – Review

Slughog – with Slower at the Middle East Cafe – Review