A Call for Understanding

Kurt Cobain’s suicide has provoked a myriad of responses from members of American society. We saw the most drastic response from the youth who mimicked Cobain, blowing his own head off with a gun. We saw the mourners, wearing more black than usual and lamenting the passage of a gifted soul. We endured MTV’s non-stop barrage of Cobain interviews and videos, wincing in embarrassment at their proclamation that he was “the John Lennon of the baby bust generation.” But the most pathetic response comes from the older generation. From Andy Rooney’s vilification of Cobain on CBS’s 60 Minutes to the dismissal of his existence on the weekly news reports, the members of this allegedly wiser generation have illuminated their ignorance.

Call it a Generation Gap if you want, but it goes beyond the call of ignorance. Andy Rooney sits upon his butt on national television and pretends he’s got Kurt Cobain and the entire twentysomething generation figured out. According to Rooney, we’re all brats and Kurt was brat-druggie-in-chief. Our “chief” kills himself and suddenly we’re a generation of brat losers. Rooney also gave a couple of “when we were young” type of statements to make us understand that his generation had everything under control in the “good ole’ days.” No attempt at understanding or compassion was made, only an all-out barrage of our collective character.

Kurt Cobain died for our sins. The sins of a generation born with cable feeds jacked into our skulls from birth. The networks, de-regulated by the Reagan administration, were given no limitations with the blank screens and minds of the TV generation. With most of our parents out working all the time to make ends meet, we were captive before the electric babysitter, thriving on reruns of The Brady Bunch, Gilligan’s Island, and I Dream of Jeanie. Toy and cereal ads were rammed down our throats in between reels of ’60s television reality. But we didn’t know any better at the time. We were fed the sugar-coated bullshit and we ate it.

Kurt Cobain ate it too. He was sitting in front of the TV right there with us, taking it all in. Perhaps he was one of the ones who believes that the problems of life are as simply solved as they are in the last ten minutes of a bad sit-com. You never see inner doubt in TV heroes. You’re never made aware of the tremendous amount of faith required in some of life’s trials. You get only iron wills and time compression footage when a TV problem is being solved on shows like The A Team.

This hardly excuses our generation for being slackers or Kurt for taking his own life. Suicide, both physical and spiritual, is the coward’s way out of problems. But having grown up on radio in a comparatively under-populated, un-technological world, Andy Rooney can hardly appreciate this psychological aspect of our generation.

There were other factors in Kurt’s life that played a role in his decision. The heroin wasn’t helping, for certain. But even drug-dependency is a facet of our generation that the elder generation hippocracizes and over-simplifies. What is troubling our generation enough so that many of us are poisoning our bodies and killing ourselves the way Kurt did? Could it be the inept leadership and broken promises of a special-interest driven government? The threat to the environment? A general lack of hope for the future? Whatever it is, Andy Rooney and other members of the elder generation aren’t going to figure it out by reading an article in the New York Times. Without the sincere desire to understand us, the elder generation has no right to judge us or our heroes.

There’s no defending what Cobain did. He didn’t die a hero’s death. Suicide is stupid no matter what generation you’re born into. Life is too precious to take in such a manner. But Kurt gave voice to some of the angst seething within “Generation X” and helped to start the grunge scene. He accomplished much in his self-shortened lifespan, and while comparing him to John Lennon is a bit much, he left his mark on twentysomethings. No one can deny that. Especially not Andy Rooney. 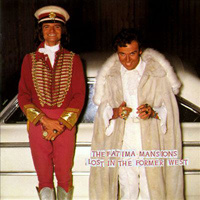 The Fatima Mansions – Lost in the Former West – Review 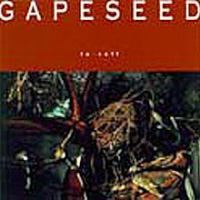