at the Paradise
by Mark Phinney

The Marquis Club London, 1974: No, but that’s what it felt like. I believe the entire British community of Boston was present for this blessed event. I bumped into mods, punks, you name it. Hey maybe it was 1974 again. As soon as the rough lads known as Supergrass boarded the stage, I got vibes from the archives. Bowie and Bolan were staring at me in the projectile of the new loves of the British press. And America had no clue until they made the Clueless soundtrack with their opening number, “Alright.” From the opening pounding of the keys to the cockney whines at the close, the boys ripped through kink a l’amore romps of police chase, girlfriends, London alleyways, and strange fellows. I haven’t seen a tighter outfit since Tori Spelling on the season finale of, well, you know.

I have to come clean and admit that the set was rather short. However, take the good with the bad, and the Brits up front had no complaints. It was as if they were attending a football game. The treat of the night was the cover of an old Kenny Rogers tune. Supergrass is all over the board when it comes to musical stylings and influences, yet they are still able to bring to it their own freewheeling taste. Seeing this band on stage gets you as close as you’re going to get to an early British pop, live that is. And how doe Michael Caine fit into this? It’s all in the lyrics… So buy the friggin’ album, mate! 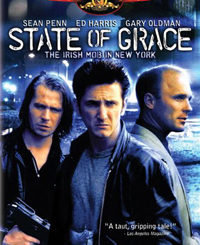