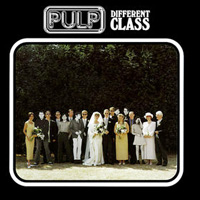 It’s taken Pulp thirteen thankless years of plodding away in art rock obscurity to finally become Britain’s national heroes of renegade pop music. Pulp’s lead singer, the thin, lanky, unexpected sex symbol, Jarvis Cocker, has proven by example that any press, positive or negative, is good press. His most infamous stunt occurred during the British Music Awards when Michael Jackson and his crew of dancing children were performing. Cocker disrupted Mr. Jackson’s performance by rushing the stage and prancing about among the dancing youth in a beautiful stab at the worst of American pop culture. At first condemned by the British media for this disruption, hero status was bequeathed upon him when the music community came out vocally and overwhelmingly in Jarvis’ favor, stating in effect that they all felt similarly – Michael Jackson didn’t belong at the Brit Awards. Then there was the newspaper/tabloid controversy surrounding Pulp’s single “Sorted for E’s and Wizz” (translated: I’ve got my ecstasy and speed and I’m feeling fine), a biting critique of Britain’s rave culture, which, in the end, doesn’t come out for or against drugs. However, the combination of the single’s sleeve, which includes instructions for stashing speed, and the coincidental death of a policeman’s daughter from taking too much ecstasy, was more than enough to fan the flames.

On Different Class, Pulp’s newest and first album to hit the big time, Cocker’s lyrics display bitter honesty regarding politics of the sexual and class variety. A card-carrying “have not” as a youth and throughout most of his adulthood until now, the lyrics to British mega-hit “Common People” tell a true story about his sexual escapades with a rich art school girl who wanted him to know what life was like among poor people like him (“You’ll never fail like the common people/You’ll never watch your life slide out of view/And dance and drink and screw/Because there’s nothing else to do”).

How long have you been with Pulp?
I’ve been playing with them since 1992, but they only asked me to join them for real last summer.

Who else have you played with?
I played with friends when I was a teenager. No one of any significance.

Did you and Jarvis have similar upbringings?
Well, quite similar, but a lot more recently than the rest of the band. I’m about five years younger than Jarvis.

Do you share a lot of the same attitudes regarding sexual/class politics?
Certainly the class part.

How was the American tour with Blur?
It seemed like it was organized by the MI5 [the British Secret Service]. No one seemed to know we were here. The people who came to the concert seemed to enjoy it, but it was too early to come here, I think. 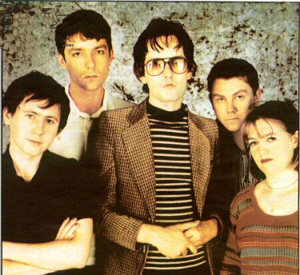 Are you coming back?
At the end of May.

Do you have a similar view on the British rave scene as in “Sorted For E’s and Wizz”?
I kind of missed out on all that. I wasn’t very interested in the music. I never even went to a rave, not even when they were illegal.

What was the transition from illegal to legal raves?
They used to organize them in abandoned warehouses and such, so they were basically trespassing. That got put down by the police, and so they moved into public places. It’s an alien world to me.

What type of music do you listen to?
My favorites are the Velvet Underground and the Beach Boys.

Of the bands Pulp are compared to, for example, David Bowie, Roxy Music, and Marc Almond, do you agree or disagree?
I hate Mark Almond. He’s awful. [I] wouldn’t want that [comparison] at all. Bowie was my hero as a teenager, so it’s nice to be compared to him. Roxy Music, now that’s valid because we have a similar approach to music. We used the same producer for our album.

Chris Thomas (who produced the Sex Pistols and the Pretenders)?
Yeah, he produced Roxy Music’s second album and a few singles.

Are vinyl singles still popular in Britain?
No, it died.

I saw that everything had a B-side; do you sell a lot of CD singles?
Primarily CDs, then cassettes. You have to fight to get vinyl. Oasis are the only group producing vinyl in any significant amount.

How did Pulp’s sound evolve from so-called “art rock” to pop?
Everyone was getting frustrated that they’d been doing it a long time with no one taking any notice. Half the group left and there was a quiet period. Then Jarvis discovered a portable Casio keyboard at his grandmother’s house with a disco rhythm on it. That’s how Pulp songs became more upbeat and optimistic. There was still a period during ’88-’91 with more conventional rhythms, but the songs were a lot more twisted then they are now.

How much input do you and the members, besides Jarvis, have?
We write the music and Jarvis writes the words. Jarvis and Steve do most of the work on the videos because they went to film school. It’s shared for the most part ’cause there is plenty of work to go around.

Do you feel the press views it as a one-man act?
Of course. It’s OK sometimes ’cause it means he has to do more work. And that he can’t walk down the street without attracting attention. But it’s kind of frustrating when people review the record and they only mention him. We’ve all put an equal amount into it.

What was it like when all the controversy was happening with the Michael Jackson incident, and all the drug issues with “Sorted…”? Were you afraid or glad?
Well, they were both very unexpected. The “Sorted…” thing was just gonna be a little column in the music page of the newspaper, but the story caught the editor’s eye and he blew it up into a front page story. We were expecting that the record wouldn’t get played on the radio because it was about drugs. Then the sleeve got all the attention, so that caught us unaware. Then the Brit awards thing. We all sat at the table watching Michael. We’d watched him earlier in the rehearsal so we knew what was happening. Jarvis got up and walked toward the stage and then he was on the stage. Then he was back at the table and there were a lot of lawyers around telling him to leave. No one knew he was going to do it.

Do you agree that Blur tend to “cockney-ize” themselves to gain street credibility?
It’s a strange new word, but I know exactly what you mean. It’s very calculated. I’m not a big fan of theirs.

Do you like Oasis?
Yes. It’s my kind of music and they do it well.

Where do you get your clothes?
We used to get them from thrift stores, but now we get them from clothes designers. Now that we’re famous pop stars in our own country, it makes it easier to access that market.

Do the designer clothes look the same as the thrift store ones?
Kind of. They’re new instead of secondhand. I don’t think we’ll be taking any new directions with our clothes in the future.

What’s your prediction for the future of Pulp?
We’re on hold at the moment because we’ve been touring since the album came out. We have no plans to make another record, at least ’til the end of the year. We haven’t written any songs, so we don’t know if we can do it anymore. So we’ll stick to our engagements and afterwards have a little rest and see where we’re at. 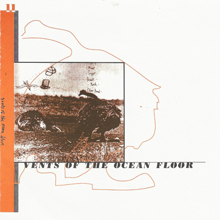 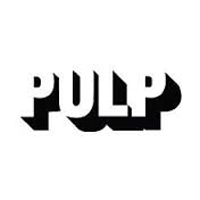