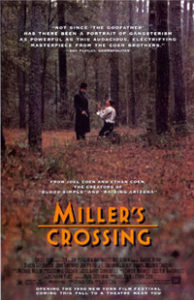 After redefining noir and slapstick for the ’80s, the puzzling two-headed beast they call Coen jitterbugged into the ’90s with one of the most complex gangster pix of the decade. That’s not just my opinion – Miller’s Crossing was a critical fave the year of its release, and even took home the 1991 New York Critics’ Circle award for Best Picture. Rightly so, too – it’s truly amazing and original, from its out-of-the-ordinary symbolism to its all-star indie cast (including Coen mainstays Steve Buscemi and Jon Polito). Quietly panning the dreamy crimescape that is Prohibition-era Chicago, the story is actually a take on Dashiell Hammett’s classic The Glass Key, a story ahead of its own time as well. Gabriel Byrne plays Tom, soft-spoken right hand man to the head of the Irish mob, Casper, played confidently by Albert Finney (no relation). Tom’s a good fella, always ready to do anything to cover his boss’s ass, even if it means switching sides to stack the odds in his favor. See, the Italian end of things isn’t happy with the way things are being run, and is ready to take over and mark out the shenie, a cocky numbers runner who’s moving in on Casper’s action on the fights.

John Turturro makes such a convincing prick as the shenie, you’ll want to shoot him yourself. The Coens use symbols and philosophies here that have never been tagged in the gangster picture or the gangster way of life in any forum; Miller’s Crossing may well be the first gangster art movie. What other gangster movie has a blatant homosexual theme attached to it? Even if you find no interest in this concept, the movie must be viewed for at least one of the most emotional scenes in cinema, when Turturro is put out to be whacked in the middle of the woods; his begging and crying is heartwrenching and real. Look into your heart, indeed, and feel the blood run through the dream that is Miller’s Crossing. 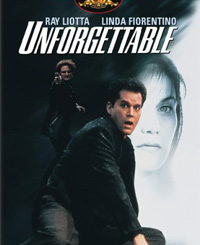 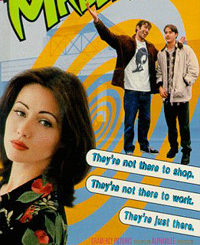 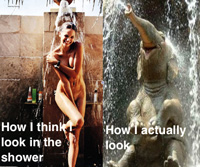