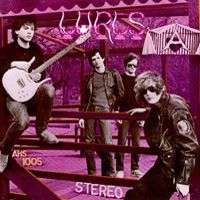 Out of the seeming millions of ’80s and ’90s garage bands which spring up like fungus, the only one that ever makes ya pause and think “did this come out in ’66 or ’86?” is the Lyres. With the possible exception of the Mummies (who had a different sound and probably wouldn’t agree with me), they’re also the best of the genre. The brainchild and prime vehicle of Jeff “Mono Man” Conolly, they were both an homage to and a continuation of the ’60s punk aesthetic established by the Sonics, the Wailers, the 13th Floor Elevators, the Count Five, etc.To me, they always seemed to exist in a time warp, or maybe their reality was all in Mono Man’s head. Band members would come and go, but every time they played, Conolly was up front, an anachronism, but cool as fuck (or sometimes just plain fucked), bangin’ out one-handed riffage on a vintage Vox organ, the other hand clutchin’ a tambourine as he led the Lyres through old/new classics like “Don’t Give It Up Now” and “Help You Ann.”The band’s mix of bubblegum pop, Brit beat, blue-eyed soul, and prehistoric punk always garnered ’em more than their fair share of fanatics. Anyone who owns a copy of On Fyre loves it, lousy Kinks cover (“Tired of Waiting”) or not. One night, I was unsuccessfully attemptin’ to converse with Japanese Stooge worshipers Muddy Frankenstein. They speak almost no English, I speak no Japanese. I mentioned how I liked their cover of “Busy Men” (from 1986’s Lyres, Lyres) and that I usedta see the Lyres play out quite a bit when I lived in Massachusetts. Muddy Frank’s singer, Doi, took that to mean I knew ’em! His eyes lit up as he told me how much he loved the “Ry-las” and how much they wanted to gig with Mono Man. Since I didn’t wanna disappoint the guy, I told him I’d look into it (How ’bout it, Jeff….?).Unlike me, Mr. Gerard Cosloy of Matador Records has some pull with Conolly and Ace of Hearts ace Richard W. Harte and did us all a huge favor by re-releasin’ the hard-to-find gems On Fyre, Lyres, Lyres, A Promise Is a Promise and the super-rare debut EP known as AHS 1005. You bet all are complete and remastered with lotsa bonus tracks – y’know previously unavailable, singles, promo-onlys, etc. Well, I dunno if these CDs sound any better through my crummy speakers than the vinyl copies I’m lucky enough to own, but I’m sure the digital enhancin’ is gonna mean somethin’ to someone. So there ya go, just make sure ya add a couple “thank you Lord”s to your prayers tonight for Matador Records. Thank you, thank you very much.
(625 Broadway #1004 New York, NY 10012) 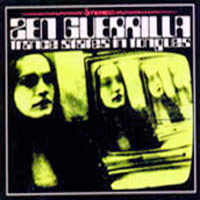 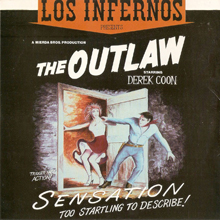 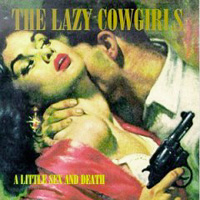 The Lazy Cowgirls – A Little Sex and Death – Review