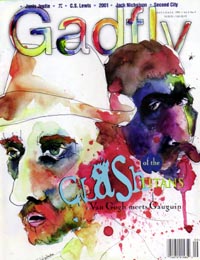 A painted pony and a workhorse too, Gadfly is a monthly magazine of American culture pleasantly lacking in academic airs, covert commercialism, or artlessly hidden agendas to set your mind right. A kind, pantheistic libertarianism lurks somewhere I suppose, but is crypto to the point of being downright invisible. At least to all but cognoscenti magazine reviewers like yours truly.

Despite its glossy pages, at first glance you might confuse Gadfly with a ‘zine (the name is ziney enough). But Gadfly, unlike a ‘zine, pleasantly lacks in the usual posturing of the medium. No attitude as substitute for quality here. There is nothing cathartic about reading Gadfly. The magazine is dense with fact, written by journalists with the right credentials, and usually short, very short, on interpretation. This works most of the time. Sometimes, as with the review of the year 1968 in the August ’98 issue, you feel that a little sentimentalism in the guise of interpretation is damned called for. A great piece of writing in the September issue is Tyler Thoreson’s coverage of the Fear and Loathing film premiere. Thoreson sees the humor and irony inherent in the situation, and reports it along with some other telling details without letting the humor take over the story. Nice work. 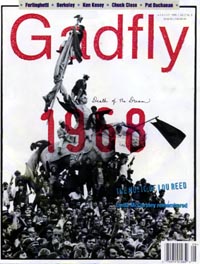 In the “enlarging your mind” category, I’d have to give the award to the article about Cool Hand Luke as existentialist hero. I noticed the writer has the same last name (Whitehead) as someone listed as the Gadfly creator on the masthead. So lest anyone think I’m a suck up, I’ll throw in that it is kind of a confusing read. Less satisfying is the fact-a-logue by Richard E. Ralston on the enduring influence of Ayn Rand. Especially, when it fails live to up to its opening sentence: “Reading a novel can change your life.” The “fact” that several films are possibly in the works based on this former Hollywood screenwriter’s novels hardly proves enduring influence. And rather than changing millions of lives as the article states, methinks Rand mostly changed a semester or so of some overly bright boy’s undergraduate days. Most of Rand’s legions are now embarrassed they were ever devotees. I know I am. And for God’s sake, man, if you’re going to mention that prolonged fling with Nathaniel Brandon behind her spineless alcoholic husband’s back, then let’s not leave out that he was… what?… a quarter-century her junior? And if Ralston honestly believes that she dumped him, then verily the personality cult has outlived the personality upon whom it was based to an unprecedented degree. No small feat, I guess.

My digression, by the way, on this one article is the very kind of self-indulgent quibbling that is lamentably lacking in Gadfly, if you ask me, which you probably didn’t. 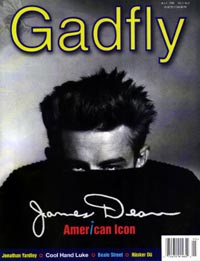 Did I mention the layout? You want James Dean? How about James Dean on the cover, James Dean on a motorcycle, James Dean in a cowboy get-up. James Dean as five year old, James Dean as postage stamp. James Dean in cramped quarters stroking his beautiful mug with an electric razor. (I’m only on page 11 here.) Okay, so they went a little overboard on James Dean, but they do have a lot of great photos and visually striking layout, but not like Wired, where you need a couple of martinis before you can actually read it.

Overall, Gadfly is sort of a slightly dizzying smart persons’ guide to popular culture in its usual guises that neither elevates nor detracts from things simply because they happen to be new or in some way “out there.” It also has a habit of providing readers with an interesting historical context to contemporary cultural trends without indulging in the usual pat formulas, cynical despair, or a too-clever-by-half hipness. Nor, thankfully, do they in this labor confuse Kerouac and Warhol say, with Adam and Eve. Mostly, Gadfly explores that divinely contradictory beast called popular culture, which is basically the commercialization of every synaptic shudder of human consciousness that longs to scream ENOUGH of this mercenary social bullshit. To their credit, Gadfly is flexible enough to understand that even their September coverboys Van Gogh and Gauguin belong in the mix.

Who knows how long this very good thing will last. Can you handle a magazine with Edgar Allan Poe, the Spice Girls, and Squirrel Nut Zippers listed on the cover of a single issue? Get your hands on the genuine article while there’s still time. 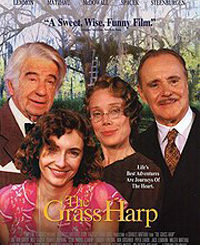 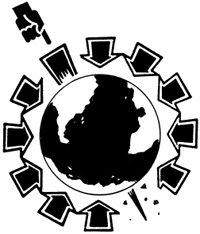 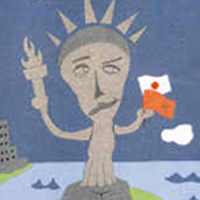