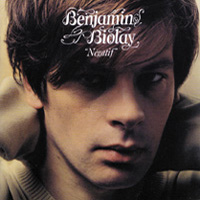 France’s Benjamin Biolay follows up his REMIX EP with a two-CD album entitled Négatif (Virgin, France). Amazingly, the sophomore effort is even better than his critically-acclaimed debut, Rose Kennedy. A seductive mix of folk, pop, piano, and electronica, it’s probably the one contemporary French pop disc to be released this year that the late Serge Gainsbourg would have appreciated. One can easily imagine Jane Birkin singing these songs in the 1970s; they have that classic, silly French pop vibe. And yet they still manage to sound contemporary, thanks to the superb production and subtle electronic details. “Hors la vie” is so sweet, one might call it a lullaby, while “Chaise à Tokyo” is the sort of quirky chanson Momus writes for Kahimi Karie. The only negative thing I will say about Négatif is that I don’t listen to the second disc very often. The first disc is 14 songs, and by the time I’ve listened to that, I’m ready for something else. The seven-song second disc, which is not all that different from the first disc, rarely gets any airplay at chez moi. That said, the songs are as solid as those on the first disc and the album is priced as a single disc, so it’s hardly an imposition. (www.benjaminbiolay.com) 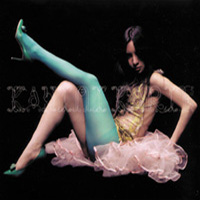 Speaking of Kahimi Karie, the gal just keeps getting more and more obscure with every album. Her latest release, Trapéziste (Victor, Japan), is a strange yet intoxicating trip that calls to mind, well, Radiohead’s recent albums. Songs like “Tornado (Outside)” and the title track seem to lack any structure the first few times you hear them, as if she is merely singing her often ridiculous, albeit poetic, lyrics over them randomly. And yet the songs infect you, staying inside your head more and more after each listen, sucking you in the way any great album should. And you can’t blame Momus for the obscurity of this disc since Karie wrote most of the lyrics and produced the album, collaborating mostly with Japanese musicians, herself. In fact, the disc is Momus-free, to the surprise of many longtime fans. Although she sings in French and English only on this release, much of the music is in the J-pop vein. (Not the silly, factory-made J-pop, but the more infectious, artsy J-pop.) Well, that and jazz. With sax, organ, and other such live instruments, you’ll feel like you’re in a smoky jazz club as you listen to some of these songs. Just don’t pay much attention to those lyrics. “People think the girls are weird, but people are the ones that are weird,” she sings in “About the Girls.” (And, yes, she wrote those words herself.) For someone who is constantly becoming more and more artistic, it’s amazing that she has so little to say. (www.jvcmusic.co.jp) 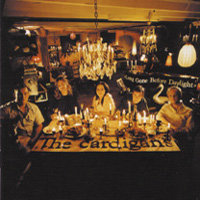 The Cardigans latest album, Long Gone Before Daylight (Stolkholm Records, EU), was released in most of the world in March. Unfortunately, it has not been released in the U.S. and thus far, there’s no release date scheduled. Perhaps their label here was disappointed that the album has a more organic sound, lacking the Garbage-esque vibe of their previous release, Gran Turismo? Admittedly, I missed the loops and electronic pop textures the first time I listened to it. However, I fell in love with it the second time around. And if you’ve ever fallen in love with a friend and ruined the friendship accordingly, this is the must-have disc of the year for you. So many of the 11 songs seem to be about such an occurrence, and it’s perfectly clear on “For What It’s Worth,” which calls to mind Natalie Imbruglia’s cover of Ednaswap’s “Torn” in that the lyrics are downright depressing in spite of its infectious pop hooks. “For what it’s worth – I like you, and what is worse – I really do, things have been worse, and we had fun fun fun ’til I said ‘I love you’.” I think we can all relate to that. And if you can’t, well, Nina’s haunting and emotional vocals will make sure you feel her pain anyway. (www.cardigans.com) 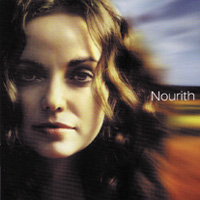 Nourith‘s self-titled second album (Polydor, France) is primarily in French with one song in English, “Purple Dream,” and one song in Hebrew, “Ten Od Yom.” Some fans of the Israeli singer might be disappointed, considering that her first album was primarily in Hebrew, but since it was recorded in a small studio in Paris with the help of many of France’s top songwriters (including Yannick Guérin), producers, and musicians, they can hardly be surprised. And her sound remains the same sort of pop-influenced folk that made her first album, Kôyishama, so enchanting. Sweet, beautiful, dreamy stuff. “So I’m willing to find the road to the magic horizon and purple dream,” she sings and you’re inclined to dream the dream right along with her. (http://nourith.artistes.universalmusic.fr) 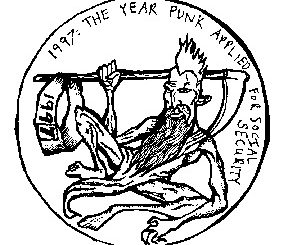 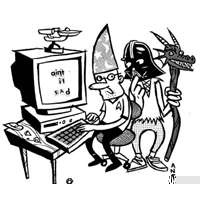