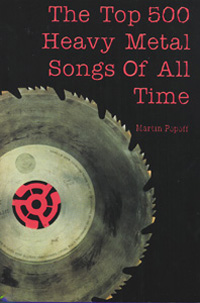 The Top 500 Heavy Metal Songs of All Time

Fellow Lollipoper Martin Popoff, like an elderly statesman amongst the metal faithful, once again delivers onto us a handbook by which to follow. This time, however, the author’s opinions take a backseat to democractic voting process: Musicians and fans cast their votes for favorites, which are then tallied into points and arranged from Black Sabbath’s “Paranoid” (#1 at 3588 points) to Blue Öyster Cult’s “Astronomy” (#500 with 107 points). In between, you find out which band had the most songs make the list (tie between Black Sabbath and Iron Maiden, both with 28), how many people also thought “Suffer the Children” by Napalm Death was one of the sickest songs ever (#448; 118 points), and what Popoff personally thought of the composition. While some of us might laugh at Led Zeppelin being categorized as metal, I’m sure others wonder how Entombed’s “Left Hand Path” made it on on the list (and to those people I say SUCK IT). Also included are personal anecdotes from the songwriters, often shedding light on the origin of the song or the inspiration behind it.

Personal favorites: The inclusion of a few Carcass tracks, Slayer’s “Angel of Death” and Judas Priest’s “Painkiller” both in the top 10, the aforementioned abundance of Maiden cuts, and plenty of forgotten Sepultura gems (“Inner Self”). Disagreements: The continuing praise of Roots (one of the worst metal albums ever made), and especially the inclusion of countless classic rock bands as “heavy metal.” You might be able to get away with Guns N’ Roses, but Ted Nugent? Free? The Jimi Hendrix Experience!? Is metal running out of good songs so badly that we have to dig into ’60s psychedelia? 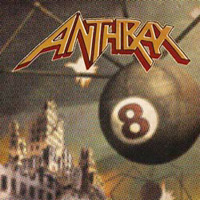 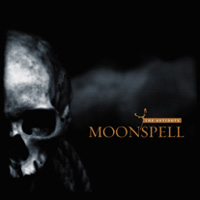 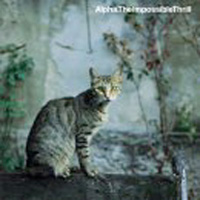