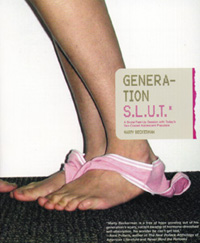 This book starts out making you laugh. But slowly – and quite desperately – you become depressed. Generation S.L.U.T. (which stands for “Sexually Liberated Urban Teenager”) is a fictional story, mainly about American youth and sex, but it hits harder on issues of teenage suicide, drugs, violence, politics, and war. Intertwined with the fictional story are pages of statistics, news clips, quotes from America’s youth, and first-person accounts from the book’s author, 20 year-old American University junior Marty Beckerman.

Though filled with profanity and a seemingly absurd portrayal of teenage (and preteen) sex and violence, the nonfiction surrounding the central story amasses to the horrific realization that the story is actually realistic. Beckerman truly acts as a voice of this generation, sharing his own exploits about high school and college sexual experience. But Beckerman doesn’t just brag about his generations’ adventures, he consciously analyzes the reasons behind all this debauchery. He is refreshingly brutal and unapologetic in his writing, qualities that give him the credit to be taken seriously despite his young age.

Before the fictional story even begins, Beckerman sets you up with a news story about 12 year-olds having anal sex, a quote from a 16 year-old girl who admits to having had 14 sex partners, and a statistic declaring that 7,700 American teenagers lose their virginity every day. That’s not even the made-up stuff! Beckerman’s fictional story centers around Brett and Max, best friends in high school. The story starts out with them at a make-out party (filled with prepubescent boys and girls expecting sex) and over the next five days, their lives and the lives of numerous lovers, friends, and enemies dwindle into tragic consequences.

What’s great about Beckerman’s style is that he accepts the world around him, but uses his narratives as giant question marks. His most intriguing chapter deals with present-day youth’s reaction to September 11th and the war in Iraq. Caricatured as spouting Middle Eastern stereotypes they’ve garnered from the current “Fuckhead-in-chief” and apathetic to a preemptive-strike war, Beckerman digs to articulate what might really be signs of masked anger: Anorexia and bulimia, high-school murderers, drug intake, and alarmingly high suicide rates.

Generation Y is lost in a cloud of fear. Cynical and jaded by experiences ranging from fitting in to a high school world of Abercrombie & Fitch clones to dealing with teenage promiscuity. So, after all this insight, why? Why is Generation Y the way they are? Beckerman questions whether remnants of generations past might have a negatively affected today’s youth. The pessimism of the Vietnam era, the trickle-down effect of the Feminist Movement, and the political climate of the past 50 years have molded the parents of Generation Y. Beckerman doesn’t resolutely blame anything at all, but his book serves as an interesting (and sometimes morbid) perspective into the lives of America’s future. Our future.
(www.martybeckerman.com) 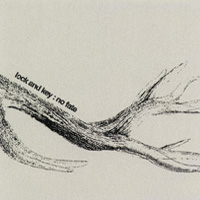 Lock And Key – No Fate – Review

Reel Big Fish – The Show Must Go Off! – Review