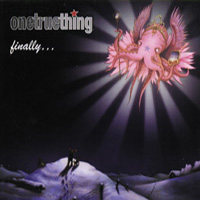 About three years ago, my best friend played me One True Thing‘s “Dearest” because the lyrics reminded her of her rocky relationship with her father. Wills sings “There’s a picture on the wall. Father’s arms around his daughter. Her eyes brim with tears, but smile to hide the pain inside her heart.” It’s relatable lyrics like these and Wills’ uniquely smooth voice that make the small band from Long Island so irresistible. Despite my aversion to bands with female singers, it only took that one song for me to wrestle the CD from my friend’s possession. Talking to the incredibly friendly Wills over the phone only confirmed the down-to-Earth attitude the band exudes.

Were you one of those girls who would sing into her hairbrush in front of the mirror?
Definitely not. I probably should’ve practiced. I was a kid writing songs at three years old and annoying the hell out of my parents and siblings.

So you were more of a writer than a singer? Did you ever think you’d sing in a band?
No. I was always writing silly little songs about traffic lights and national monuments, things like that. But I always wanted to sing. As a kid, my parents put me in acting classes, things like that. Never singing lessons, but I probably should’ve done that. 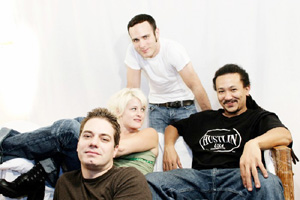 You joined OTT when you were sixteen, and that was responding to an ad. What were your expectations at the time? Why did you decide to do it?
Well, the ad said they needed a singer, and it said male or female. Every other ad in this record store said male, and I was like wow male or female, let me check it out. So I called the number and it was our old drummer. He was like, “Well, how old are you?” As soon as I said “I’m fifteen, but I’m going to be sixteen in two days,” he was like, “Well, you know, we’re twenty-two and whatever…”

Was it awkward at all?
I think for them more so, because it was like I was the baby, and they still treat me like that.

Did you write the songs together, or did they have songs for you to sing?
They had a couple songs down, and it was just a matter of putting lyrics together, which is always the easiest way for us to write a song. Most of the songwriting is done with my guitarist. Usually, he and I will collaborate on it, and then we’ll bring it to the rest of the band. Sometimes I come into practice like, “Hey, I wrote this guitar part and this vocal chord,” and Milan is usually like, “Wow, that guitar part really sucks, I’m going to change it.” (laughs) That happens a lot.

So the chemistry between you guys is really good?
Definitely. They’re like family to me. I don’t know what I would do if I didn’t have these three people in my life to talk to everyday or practice with every week. It’s definitely the highlight of my week, and I know we all feel the same way. It’s hard to give that up. We’re on hiatus now because I just had my tonsils out.

What was that like? You rely so much on your voice.
It was the worst pain I’ve ever been through in my life. They tell you it’s two weeks and the second week is worse than the first for recovery. No, no, no. It’s like three weeks. I was in bed for like two weeks straight. It’s the worst pain ever. I remember the last thing I said in the operating room to my doctor was “Don’t forget, I’m a singer.” He was like “Don’t worry about it. You’ll sing better. We’ll fix it.” 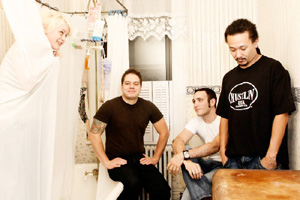 Do you get to eats lots of ice cream?
No, you’re not allowed to have ice cream. That’s a myth, an urban legend. Apparently, when you’re a kid, they let you do that, but once you’re an adult, you can’t have dairy for a week. I lost 18 pounds. It’s better than gastric bypass. I’m telling you, if you want to diet, this does the trick.

You guys are really close now, but a lot of band members have come and gone over the years. What was it like developing your sound with people coming and going?
It’s been me, Milan, and Ray for, it’s got to be five years now, and that’s pretty solid. That’s our sound right there. As for bass players, we’ve always had numerous bass players. We’ve had like six players. Now Mike is playing with us, and he’s an excellent bass player. It definitely adds more depth to our sound. I think for our drummer, Ray, it makes a huge difference. It makes it so much easier for him to lock into a groove. We haven’t recorded anything yet with this line-up, but we will in the Fall, definitely, because this is how we should sound.

Are you writing a new album right now?
We have five songs down that we want to put out as an EP. We don’t really have a label to do it on. But the label who put out our last record, we’re probably going to do it with them. We don’t have a whole lot of other options.

You have a pretty tight fan base, in New York at least, don’t you?
More Jersey than anything else. It’s weird. Long Island is kind of a strange scene. There aren’t really a lot of clubs to play, and we hardly ever play on Long Island. Almost all our shows are in Jersey. Kids in Jersey are way more into music and they’re a lot less judgmental. I mean, not everybody, obviously, but they’re more likely to be like, “I like this,” rather than “Hey, do you like this? Because I don’t like it unless you like it.” 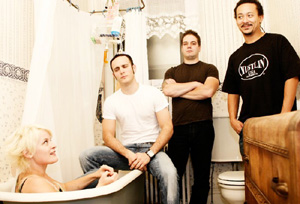 What do you draw your inspiration from? A lot of the lyrics sound really personal. Do you use life experience?
Everything. I try to do everything in a diary. So a lot of times when you read it, it’ll actually look like that. Almost everything is truth. It happened to me. There are a few songs that aren’t true, that are embellishments. I’m overly dramatic, but they’re all straight from diaries. I can’t sing about something I don’t mean.

What does it feel like when you’re onstage, singing, and looking out into the crowd?
You don’t really see people. Sometimes you see people, but a lot of times, you just don’t see anything. I try not to think about it. Not because it makes me nervous, just because I want to do my thing and stay in the zone. But there’s always that moment when you lock eyes with someone and they’re singing along and that’s absolutely the best feeling ever.

You sang vocals for a From Autumn to Ashes song on their first CD, and you sang a solo song for their second CD. What was it like working with another band, and how did you get involved with them?
Ben, the singer, worked in a health food store a couple of stores away from the health food store I work in, so we had become friends. He’d heard my band, and liked the band, and he was like “Look, we want you to do something on our record. We already have the lyrics for it, you’d just have to come up with a melody and sing it.” I didn’t really like their music. I’m not into metal at all. I went to their practice, heard the song, and was like “Ok, I know how I’m going to do it.” It was something different, outside my band. Maybe it will help me grow creatively. It didn’t hurt that it did really well and people really like the song.

For the second song, though, I was like “Look, if we’re going to do this again, it has to be my lyrics, because I don’t know what I’m singing about. There are some ten dollar words in there. I don’t know what the hell they mean.” For “Autumn’s Monologue,” we never practiced. Three weeks later, I flew to Vancouver and was like “Ok, here’s what I have.” Everybody liked it. 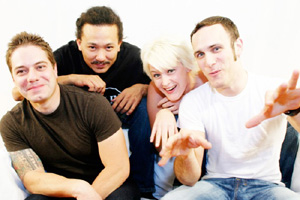 Do you ever tour alone with From Autumn to Ashes to sing the songs?
Well, my boyfriend was the bass player, but he quit, but when he was in the band, I would fly out to visit him on tour and they would be like “Can you sing this?” I would do it, but not anymore. I’m not really very friendly with any of them in the band anymore since Scott quit and Mike quit. There’s just no reason, really.

How do you feel about punk and alternative music like that becoming more mainstream?
I see it both ways. I think it’s really cool, because kids are becoming more exposed to more kinds of music, and it’s not like you’re an oddity for listening to that kind of music anymore. I think that’s really cool, because kids aren’t being shoved into lockers and being beat up because their hair is pink like it was when I was in school. But, at the same time, it’s not punk anymore. It’s just music. Punk was always more of an attitude or a way of life. Not that I’m punk, but just from people I was around.

Is there anything you want to say to any of your fans that are reading this?
I want to say thank you, because they’re the only reason we’re doing this. It’s for the awesome kids who come to our show and send us presents and write us nice things on our message board. There’s really nothing more flattering than someone coming up to you and saying, “I’m sure you’ve heard this before, but I absolutely love your band.” Every time I hear it, it’s like I’ve never heard it before. They’re the reason we keep doing it.
(www.playtheassassin.com) 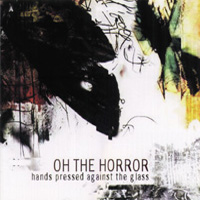 Oh The Horror – Hands Pressed Against The Glass – Review 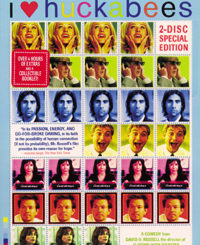