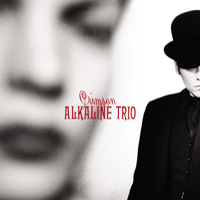 Who are some of your influences?
Social Distortion, X, a lot of other L.A. punk bands. A big reason I started playing in bands as a kid: Ramones. They had kind of a creepy vibe about them. A lot of those bands always wore black clothing and black eyeliner, and they were a huge influence on Alkaline Trio.

What would you consider major milestones in your career?
Pretty much everything we’ve experienced has been a step toward where we are now. Just going out on our first tour was a big step. The most people we played for on that tour was maybe six, but it was a big step for us. It was our first time hitting the road. The next time we went through those towns, there were 20 people, then 100. There were some tours that we did early on that were really cool. Over the years, playing with the bands that we grew up on was really cool. Decendents, the Damned: Touring or just playing a show with the bands we admire and grew up with has been a big part of why what we do is so fun. 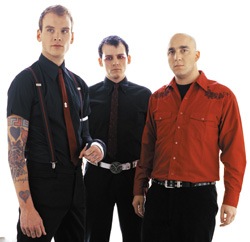 It’s more a silent reward? The appreciation thing?
Absolutely. Having as many people into what you’re doing as we have is an amazing feeling. The people who come out to our shows who’re singing and dancing, we get to see that every night… It’s rather hard to describe.

Have you noticed a big step, record to record?
Every record is different. It seems we’re always in this constant progression, musically. Also, the size of the shows seems to get bigger and bigger the longer we go on. That’s always something that amazes me. Each time we put out a record, we’re in a different place. Every time we put out a record, it means a lot of touring and a lot of traveling, which is something we’re really into, so it’s exciting.

Do you have any regrets?
No. I don’t have any regrets, I’m very happy to say. Anything that’s made me feel guilt or resentment, I just don’t do it again. You learn from your mistakes, and have no regrets.

Have you ever gotten so stressed out, to the point where you wanted to give up on music and do something else to earn a living?
Not really. As stressful as things gets, playing music for a living is a pretty amazing job, and one I am thankful to have. So even when aspects of it get stressful, I just have to remind myself that I’ve got it better than most. There are not that many people out there who can say they enjoy their job or say that they genuinely love what they do. We genuinely love what we do, even when things get stressful.

You went through three drummers – two albums per drummer – that’s been about the ratio, right?
Yeah. Derek came in a while ago, before Good Mourning was recorded. He’s been in the band for quite some time. If anything were to happen to Derek, it would be the end of the band. He’s brought so much to it and has so much to do with the songwriting and the production of the records. We wouldn’t be the same without him. We’re happy that our Spinal Tap-esque problems are over. 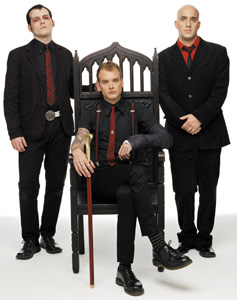 Is there anyone you look up to?
There are a lot of people that I look up to. John Doe and Billy Zoom from X. Social Distortion was one of the first shows I ever saw. Seeing them play made me pick up a guitar. I was always playing music, but I sort of discovered punk rock through some older cousins of mine that brought me to shows. I would say that Social Distortion was one of the main reasons we started a band.

Do you think there’s an essential ingredient that contributes to longevity as a musician?
I think it’s like anything: You have to believe in it and have a certain amount of patience for other people’s personalities. Also, you have to have an understanding for their impatience with your own personality. You have to be able to work with people and deal with other people. You have to really love what you do, because if you don’t, I don’t think it’ll last very long.

What’s it like playing “Radio”?
For a band that doesn’t really have any hits, that would be one of our hits, at least with our fans. It’s a blast playing that song. It’s a song that everybody always wants to hear. Because of the reaction we get, it’s a song we never grow tired of playing.

What motivates you to keep going?
I don’t think I really have any other option. This is what makes me happy. To sit around and do nothing or try and find something else to do would be rather pointless. “If it isn’t broke, don’t fix it.”
(www.vagrant.com) 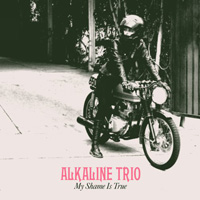 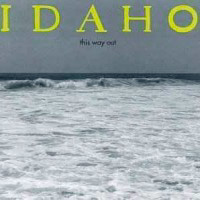 Idaho – This Way Out – Interview