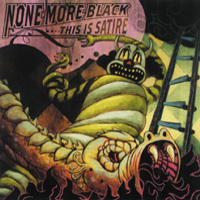 This Is Satire (Fat)
by Stevo

Fat Wreck is the Enola Gay. Your stereo is Hiroshima. None More Black is “Little Boy.” Put them together and you’re a fucking shadow on the ground. This came out earlier this year from the fucking sky and was the first truly perfect record of 2006. What you’re hearing here is a band coming into its own, damn near killing itself on the road for rocks’ sake, and exploding in the studio for your benefit, under the watch of General J. Robbins. You want to hear about “ex-members of,” you want to hear about pedigree? None of that is as important as this record and this band right now. They’ve got that meaningless shit in spades, but what truly counts is this is next-level punk that brings crucial elements of the past kicking and screaming along with it. Its long hairs playing pop-punk with rock fury. It’s four graduates of the Jeff Pezzati school of Whoa-oh. It’s what you’ve been hoping for.
(www.fatwreck.com) 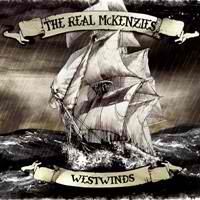