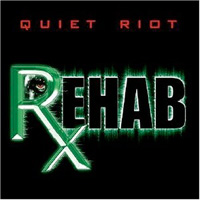 Yeah, I know, this has been out for a while, but time stands still for Quiet Riot, don’t it? OK, at first, I was horrified at the doomy, grungy production on this thing, especially prevalent on the doomy, grungy first track, “Free” (dreadful cover art, too). But then, the band settles into a really personal, raw record of bluesy metal, with Kevin’s voice an instrument of beauty and persona, delivering real life words with passion and dimension. But man, back to the production… You gotta laugh: Go hear the bass drum at the beginning of “Blind Faith.” Frankie knows what he’s doing and he loves Bonham, and this is a perfect example of a debate that must rage whether Bonham’s drum sound was really, really good or really, really bad: There’s no in-between. Anyway, the songs trump, and in fact, you can tell there’s a wily understanding that when you pile on everybody’s tracks together, a certain veracity and liveliness occurs in the sonic picture. And, like I say, the songwriting reinforces this organic human quality, “Black Reign” being fully Who-like, “Strange Daze” as well (at least in the verse), the guys’ love of classic rock shining through, mostly Zeppelin, Humble Pie, Free, and, er, Black Crowes, Kingdom Come, and Great White. But, fact is, more than anything, this feels like a big, brash Led Zeppelin album, risks taken, ragged sound and playing, gaps, atmospherics, and then noise ricocheting every which way. Too much talk has occurred about the lone cover on this 11 track album, “Evil Woman” not being THAT “Evil Woman” but a rote (and appropriate) leaden blues, featuring Glenn Hughes on vocal duet with DuBrow – two of classic hard rock’s best big mouths putting on a histrionic blooz clinic fer nine minutes of jammy ham.
(www.chavisrecords.net)

“Dead Mexican in my Headphones”: Halford Has a Job to Do – Column 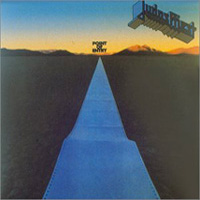 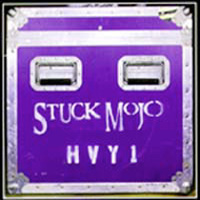