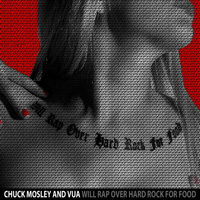 Impossibly, Chuck Mosley once fronted Bad Brains, but he is most notorious for his big-mouthed ranting all over the first two Faith No More albums, pointedly, Introduce Yourself, which is a vaulted classic known for pioneering the genre known as rap metal. An amazing record that is, and this new one is actually, astonishingly, similar in joie de vivre, creativity, even rhythmic metal-ness, and, of course, the awesomeness of Chuck. Now residing in Cleveland, nonetheless Chuck got some cool guest stars involved, namely John 5, Roddy Bottum, Jonathan Davis, and Skynyrd drummer Michael Cartellone, who flew in and grooved it out in two days. Face it, you thought this could or would suck, but it’s actually very much like a very good old Faith No More record, with pounding rhythms, soul-replenishing melodies, humor, surprise structures, even a gorgeous guest female vocal on “Nameless,” a gorgeous little acoustic campfire track. Highlights are the relentless and plodding “Tractor,” plus “Punk Rock Movie,” which is like Bob Dylan meets The Clash. Seriously, it’s a pretty rocking record, dimensioned with Chuck’s cool vocals which go a laconic (ha ha – world weary, right?) Kevin Moore route once in a while. Hey, I guess you’d call it stoner rock, really, but effortlessly hip like a Brant Bjork or Josh Homme joint. Oh yeah, and there’s pretty much zero rapping (over hard rock for food).
(www.reversedimageunlimited.com) 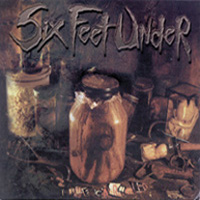 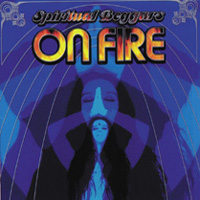