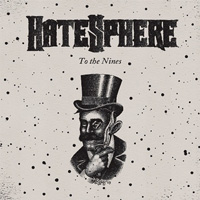 To The Nines (Napalm)
By Mike Delano

In the pantheon of lame metal band names, Hatesphere ranks right up there with Fear Factory, provided the name conjures up images of really angry oranges or tennis balls in your head rather than visions of that killer metal orb from Phantasm. As for their sound, these Danes play a straightforward strain of speedy death along the lines of The Haunted circa One Kill Wonder. Like mid-period Haunted, To The Nines is a lean, focused attack with two feet firmly on the ground courtesy of growler Jonathan Albrechtsen, who brings all of Marcus Aro’s polished vocal aggression but none of Peter Dolving’s unhinged dynamics. That leaves the rest of the band to carve out an identity, and guitarists Peter “Pepe” Lyse Hansen and Jakob Nyholm are up to the task. Their riffs are consistently more memorable than also-rans like Darkane, and the solos scattered throughout are more of the elegant Maiden variety than the expected Slayer white noise barrage. What, you didn’t expect to hear the word “elegant” used to describe an album with songs like “Oceans of Blood” and “Cloaked in Shit”?
(www.napalmrecords.com) 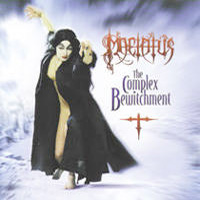 Turisas – For Your Own Good – Music Stream