The first single off the album, Collapse in Eternal Worth, along with ‘In the Studio’ video footage is now live at MetalBlade.com/Goatwhore. Fans can stream or download the single as well as check out the lyric video for the track that incorporates the artwork from both the CD and vinyl versions of the release, each which features different artwork.

Goatwhore’s Blood for the Master tracklisting
1. Collapse in Eternal Worth
2. When Steel and Bone Meet
3. Parasitic Scriptures of the Sacred Word
4. In Deathless Tradition
5. Judgement of the Bleeding Crown
6. Embodiment of this Bitter Chaos
7. Beyond the Spell of Discontent
8. Death to the Architects of Heaven
9. An End to Nothing
10. My Name is Frightful Among the Believers

Blood for the Master will be available on CD, vinyl, and digitally. Fans of vinyl should note that there will be three different versions of the LP; red with black splatter, half red/half black, and standard black. Also available will be a limited amount of special pre-order bundles containing merch items exclusive to these bundles. For details and images please go to MetalBlade.com/Goatwhore.

In other news, Goatwhore is currently featured on the cover of Decibel Magazine’s February 2012 issue, on newsstands now. In the cover story feature guitarist Sammy Duet and vocalist Louis Benjamin Falgoust II discuss the new album, the band’s numerous career hurdles, and their recent successes. 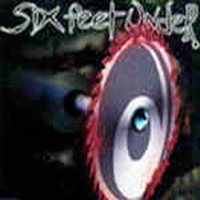