Cattle Decapitation recording follow up to The Harvest Floor

Front man Travis Ryan has this to say: “We spent the first two days mapping out tempos and getting things situated, drums mic’d all that stuff. Just started tracking drums today and everything is sounding great! We’re excited to start laying down some tones and getting this beast finished and in the hands of our fans and friends.”

The band has a small crew filming all steps of the way so fans of the band can look forward to studio video reports via the band’s YouTube channel and getting the full album details in the coming weeks when album title, cover image and track listing as well as immediate U.S. and European tour plans are revealed!

The new album will be the follow up to the critically acclaimed The Harvest Floor. The album is widely accepted as the band’s most accomplished and best release to date. The CD garnered heaps of praise from fans and press alike.

Battlecross – War of Will – Review 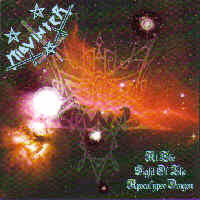 Midvinter – At the Sight of the Apocalypse Dragon – Review

Between the Buried and Me on tour this fall – News