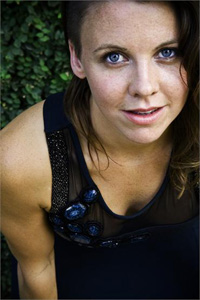 Arcade Fire’s Sarah Neufeld to join The Alone Together Tour

The tour, consisting of a West Coast and East Coast run, will kick off on April 7 in Brooklyn, NY and will include three instrumentalists from different-but-related musical communities stepping out of the band atmosphere to present their solo compositions.

Originally from Vancouver Island, BC, Sarah Neufeld began playing the violin at the age of 3. Her musical pursuits led her to move to Montreal, QC, in 1998, where she resides to this day. She is best known as a member of the indie rock phenomenon Arcade Fire, as well as instrumental post-rock ensemble, Bell Orchestre. With these bands, she has received five Juno awards, two Brit awards, Canada’s Polaris Prize, and a Grammy for Best Album (cumulatively).

Other projects include collaborations with Montreal bands The Luyas, Snailhouse, and Esmerine and most recently, a body of music for solo violin which was recently featured in a short film by Jason Last for Italian Vogue, Scalpel/Stradivarius.

In addition to this busy schedule of touring and recording, Sarah has dedicated her life to a personal practice of yoga, and became a certified instructor of Moksha Yoga in January, 2009. She is now co-owner of Moksha Yoga NYC, the first Moksha studio opened in NY.