The legendary Los Angeles metal outfit, who has released a string of hard-hitting and ass-kicking albums since the early 2000s, have signed a worldwide record deal with the Austrian label. After 10 years of forging high-class metal songs and endless touring all over the world, the band – revolving around charismatic and legendary frontman Dez Fafara – is more alive than ever, and Napalm Records is proud that the band and label will work on another chapter in that illustrious and successful career.

A new Devildriver album is tentatively scheduled for a release in 2013 – get ready for a merciless rampage of monstrous grooves and brutal riffs!

Frontman Dez Fafara comments: “I am proud to announce DevilDriver’s new partnership with Napalm Records! They have the passion and the drive we as a band were looking for! I’m looking forward to working together on DevilDriver’s next release! Hail the groove!”

Markus Riedler (Napalm Records CEO) comments: “We are extremely excited to have this outstanding band on our label roster. DevilDriver are a true metal monster full of primal energy and more than ready to conquer the world with their upcoming album that will be released in the fall of 2013. Join the metal brotherhood and get ready for the world’s largest circle pit!” 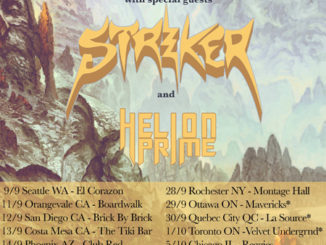 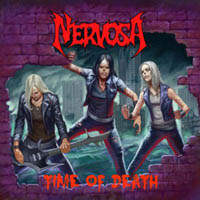