Blonds release song from new album The Bad Ones

Blonds are debuting “Time,” the new single off their debut full-length The Bad Ones. The track, which is available HERE, premiered via Paste Magazine, who called it “the very definition of what makes Blonds so incredibly appealing.” Additionally, the band is releasing bonus B-sides to the single, featuring covers of Dirty Projectors’ “Gun Has No Trigger” and Lana Del Rey’s “Born to Die.” The latter track features the lead vocal debut of Blonds’ Jordy Asher.

Following a recent date with Mates of State in Chicago, Blonds will play with Telepathe in Brooklyn at the Rock Shop on August 28th. Additionally, the band was invited to play the inaugural Brooklyn, Sweden Festival in Stockholm this August, alongside The Hold Steady, Blonde Redhead, Cults & more.

Recently, the band was chosen to model for aNYthing’s Summer 2012 Lookbook. The shoot was helmed by the legendary Ricky Powell, known for his extensive work with the Beastie Boys, and was featured on Complex. Previously, Blonds released the track “Run”, which premiered on Stereogum, who premiered the track, called the single “melodramatic and expansive.”

The duo, consisting of Cari Rae & Jordy Asher, relocated from their native Florida to Brooklyn to record the album. They tapped producer Nicolas Vernhes (Dirty Projectors, Deerhunter, Spoon) to helm the sessions.

The Bad Ones follows their debut EP Dark Roots, released last November. The release of Dark Roots earned the band early praise, with Stereogum designating Blonds as a “Band To Watch,” deeming the band “rousing and expansive in sound, wistful and sanguine in lyric.” Paste praised their “slow burning, intimate pop,” while Prefix gravitated toward their “absurdly catchy melodies and romantic vibes”. Consequence of Sound remarked that the EP has “a cohesive blend of sounds that lead to one roller coaster of a listening experience.” 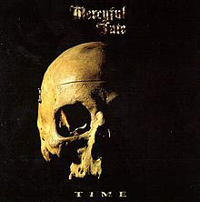 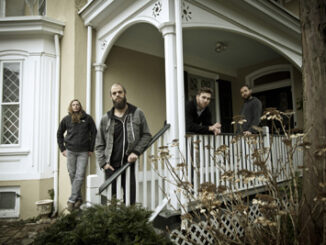