Texas Is The Reason announce discography “Do You Know Who You Are?”

Influential ’90s New York City-based indie rock group Texas Is The Reason is excited to announce the release of its entire discography titled Do You Know Who You Are?: The Complete Collection. Being released on February 12, 2013 through Revelation Records, the album is a comprehensive collection of every recorded piece of music in the band’s history, featuring the original Do You Know Who You Are? full-length album, the self-titled EP, as well as two B-sides never before on CD/digital, and two previously unreleased tracks written in 1997 and recorded in 2012 with J. Robbins titled “Every Little Girl’s Dream” and “When Rock ‘N’ Roll Was Just A Baby.” The album package will also include never-before-published photos, a comprehensive concert history for the band from 1995-2012, and complete lyrics. New track, “When Rock ‘N’ Roll Was Just A Baby” is now exclusively streaming over at Rolling Stone Magazine online.

In addition to the release of the collection, Texas Is The Reason will be making a number of live appearances between January and March 2013. Marking the band’s final North American live shows ever, the run of dates will begin in Chicago, IL, for Revelation Records’ “REV 25” festival and continue in February and March with performances in major markets such as Washington, DC on February 15, Philadelphia, PA, on February 16, San Francisco, CA, on March 29 and Los Angeles, CA, on March 30.

They came from some of the most popular, if not polarizing hardcore bands of the early ’90s (Shelter, 108, Ressurection), but by the time Texas Is The Reason formed in 1994, a new aesthetic crystallized almost instantly and reduced its members’ previous efforts to history. Indeed, it was only a year later when Revelation Records released the band’s self-titled EP, their name derived from a lyric in the Misfits song “Bullet,” that Texas Is The Reason were already headlining their own tours in America and well on their way to defining a new moment in post-punk.

In April of 1996, the band reinforced that initial success with their first and only album, produced by Jawbox’s J. Robbins and named after the last words that John Lennon was alleged to have heard: “Do You Know Who You Are?” In the years since, SPIN, Alternative Press, and Paste would all go on to call Do You Know Who You Are? an essential ’90s album. Unfortunately, after a year of heavy promotion and touring for the record, inner-band tension came to a head and the band officially split in 1997. Its members would go on to form Jets To Brazil, New End Original and Solea.

Since then the band had only reunited once – for two sold-out New York City shows in 2006 – but their presence has barely waned: Newer generations of bands like Spitalfield, Into It. Over It., and Transit have covered Texas Is The Reason songs over the years, and even vets such as Thursday, Taking Back Sunday and Armor For Sleep have all publicly cited their influence. So after agreeing to headline the opening night of Revelation Records’ 25th Anniversary festival in New York City earlier this year (and once again promptly selling it out), the band decided it was time to tie up the longest of loose ends by releasing a remastered discography collection in 2013 featuring its entire recorded output, as well as two freshly recorded, never-before-released songs – their final songs ever.

Texas Is The Reason will be making the following appearances in 2013. Tour dates below: 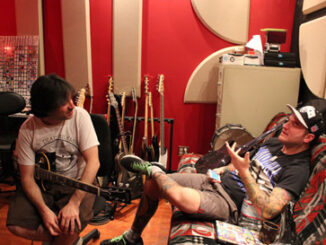 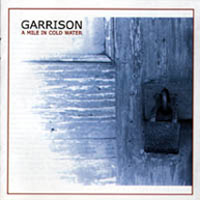 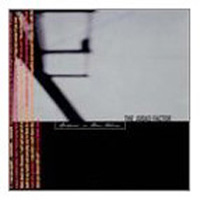