Texas thrash heavyweights Warbeast are pleased to announce their upcoming tour dates with GWAR and Wilson, kicking off in Tucson, AZ on April 10th. The 16 day run, dubbed the “Fate or Chaos Tour”, will continue through the month of April until it closes in Jacksonville, FL on April 25th. See below for all confirmed tour dates and stay tuned for more information coming soon!

“This will be the second time Warbeast has toured with GWAR.  I have to admit, I’m even more excited this time around,” states vocalist Bruce Corbitt. “GWAR is more than a metal show… it’s a metal experience. We’re just happy to be part of that experience again for a few weeks. We also can’t wait to play our new material from our upcoming second album Destroy in front of their insane fans!”Warbeast recently revealed the upcoming release date for their new full length album, Destroy. The new album, produced by Philip H. Anselmo and engineered by Stephen “The Big Fella” Berrigan, will hit stores and digital retailers on April 2, 2013 via Housecore Records. Destroy was recorded at Nodferatu’s Lair in May and July 2012 and mixed by Anselmo and Berrigan. The album artwork and concept were designed by “Carcass” John Fossum with graphic and technical adviser John Deleon. In addition to the newly announced tour dates with GWAR, a CD release show for Destroy will take place at The Rail Club in Fort Worth, TX on April 6, 2013. See directly below for all confirmed tour dates.

Warbeast recently released their new split album with PHILIP H. ANSELMO, entitled War of the Gargantuas. The split, released via Housecore Records, includes two songs from each artist. This album serves as the first release of any solo work by PHILIP ANSELMO during the span of his nearly 30-year legacy. Also, the two Warbeast tracks on the split feature former bassist Alan Bovee before his amicable departure from the band. Since then, Dre Karst has joined on bass. You can buy the split now at www.thehousecorestore.com.

To donate to the Mike Scaccia Family Fundraiser, head here and follow the link: http://www.Warbeast.org/?p=156 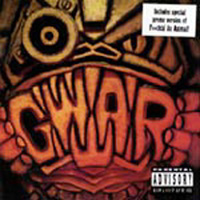 Gwar – We Kill Everything – Review 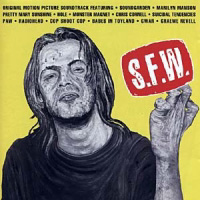