The Mountain Goats have announced a run of summer tour dates beginning June 3 at the 9:30 Club in Washington, DC. John Darnielle and Peter Hughes will tour as a duo for the first time since 2007, and all of the shows will be all-ages. The Baptist Generals will open, and a full list of dates is below.

Darnielle offered more details on his website:
Peter and I toured our asses off back in the pre-trio days, but that was before our ascent to the absolute upper echelon of global media saturation. We are pleased to report that a year-plus worth of talking about touring the Mountain Goats in alternate configurations to all-ages rooms is yielding its first fruits this June, in the form of the TUTTLINGEN WARRIORS TOUR 2013, whose name is an inside joke, I’ll tell you about it between songs at some point during the tour, I have too much else still to cover here to get into it right now. 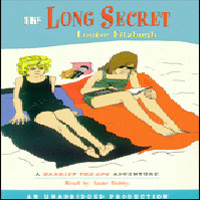 The Mountain Goats wish you a merry little Christmas – News