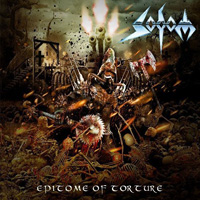 I don’t know what it is about aging German thrash bands, but there seems to be an incredible trend happening that finds them reinvigorated, decades into their careers, and laser-focused on bashing out some killer Thrash 101 courses for the young ‘uns. Fellow Teutonic titans Kreator are still riding the world-beating lightning that struck with 2001’s Violent Revolution (and most recently with last year’s Phantom Antichrist), and Destruction laid ears to waste just a couple of months ago with Spiritual Genocide (man, I need that sweet album art framed). Not to be left out, Sodom jumps into the fire with Epitome Of Torture, their 14th album, and it’s as sharp as a bullet belt. A lean, mean 10-song offering that’s perfectly paced and splits its time between compact burners (“Katjuschka”) and more mid-paced battle cries (“Into The Skies of War”), Torture is just the kind of record you hope for from a band that has this genre down to a science, but still has the creative spark to put those skills to meaningful work. And, of course, there’s no shame in rallying the troops: The self-referencing “S.O.D.O.M.” is a warrior’s cry to all the true trash heads out there, a reminder that this battle still rages on.
(www.spv.de) 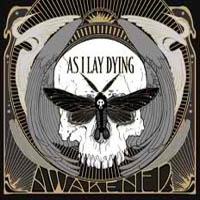 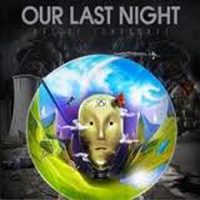