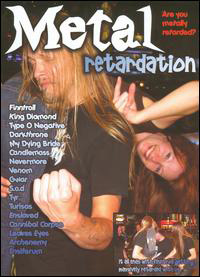 Band interviews are a tricky thing: For every good one, you’ll probably come across a half dozen lame ones with boring, uptight band members spouting off tired clichés while praying their publicist yanks them away from the tape recorder. What metal fan hasn’t heard that their favorite band’s newest record is “their heaviest yet”? There are more than a few exceptions to this rule in the world of metal, though, and Metal Retardation reiterates what metalheads knew long before the rest of the world caught on after the first season of The Osbournes: That metal musicians are usually pretty cool guys and girls. Being interviewed by ‘zine guy/”filmmaker” Bill Zebub, though, is enough to melt anyone’s patience, so this DVD full of goofy video interview outtakes is really a testament to the saint-like tolerance of metal legends like Peter Steele, George “Corpsegrinder” Fisher, and the king of cordiality, King Diamond. There’s barely a chuckle to be found among these 90 minutes of spliced-together cutting room floor garbage, though, so even superfans of the bands featured are advised to steer clear.
(www.musicvideodistributors.com) 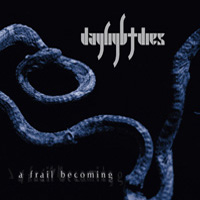 Daylight Dies – Hold On To Nothing – Music Stream 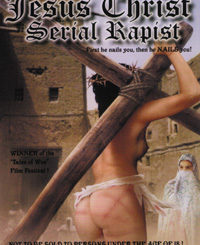 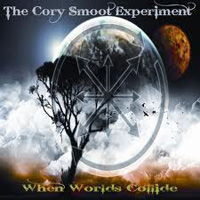