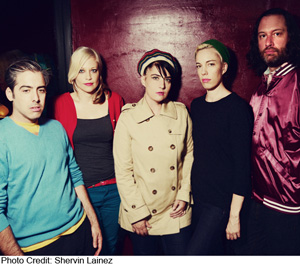 Legendary Riot Grrrl pioneer Kathleen Hanna (Bikini Kill, Le Tigre) recently released a critically acclaimed debut The Julie Ruin record titled Run Fast. A celebrated, outspoken figure at the forefront of feminist punk, The Punk Singer is a documentary film that follows Kathleen for a year, revealing why she had been absent from music for several years prior to The Julie Ruin album and tour. Kathleen recently spoke with The New York Times  about The Julie Ruin, The Punk Singer and more and shared an exclusive clip from the film. Directed by Sini Anderson and produced by Tamra Davis, The Punk Singer was released theatrically in NYC & LA last November, and is also available on demand and on iTunes movies.

The Julie Ruin provides a tight musical backbone to Hanna’s iconic vocal style. For a taste of The Julie Ruin album, the band has shared album cuts “Just My Kind” (mixed by James Murphy), “Oh Come On” (video) and “Right Home” (YACHT Remix).  Kathleen has also shared insight on her musical taste throughout her life in the Pitchfork “5-10 15-20” feature out now.

Featuring dream-team Kathi Wilcox on bass (Bikini Kill bandmate), Kenny Mellman on keys (‘Kiki and Herb’), Carmine Covelli on drums (actor, filmmaker and musical juggernaut) & Sara Landeau on guitar (met Kathleen mentoring at Rock Camp for Girls), the band has just wrapped up a US tour and will head to Australia for a short stint in January 2014.

Run Fast and is out now via TJR Records, distributed via Dischord.

“In The Julie Ruin, Hanna is still the woman so many have admired, even idolized; but she’s also fully herself, quirky and vulnerable, less a role model than a three-dimensional best friend.” – NPR

“Hanna is one of America’s greatest living rock performers.” – The New Yorker

“…the inclusive titular invitation– plus featherlight sing-song notes and masculine shouts by her bandmates– puts the song square in 2013.” – Pitchfork

“Kathleen Hanna has one of America’s toughest punk voices – somewhere between a Johnny Rotten sneer and a Valley-girl shrug.” – Rolling Stone

“the new song harkens back to Hanna’s days in Le Tigre, with its catchy keyboard line and surf-dance beat” – SPIN

“Now more than ever, Hanna’s voice and music resonate and inspire.” – Alternative Press 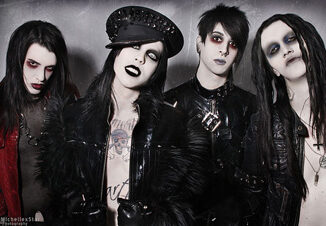 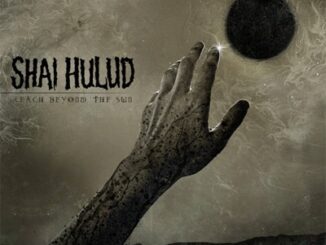