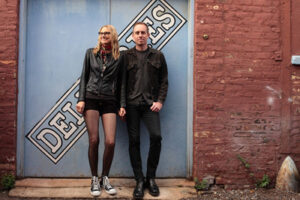 Aimee Mann and Ted Leo team up for new project

Critically acclaimed musicians Aimee Mann and Ted Leo have joined forces for a collaborative project they call The Both. The duo’s self-titled debut will be released April 15 via SuperEgo Records. Building on a friendship forged while they were on tour together last year, it was Leo’s solo sets that piqued Mann’s interest in getting on stage with him and writing music together. Of the project, Mann notes, “Honestly, I feel like for the first time, I’m part of a rock band.” The latest track “Milwaukee” is streaming at Rolling Stone.

The Both’s all original songs were written as back-and-forth collaborations between Mann and Leo. With their differing musical vocabularies and mutual admiration for one another, the duo found working together to be a boon. “We were just like ‘Fuck it, let’s push and make it happen,'” notes Mann. “You really just have to go, ‘You know what, I have to trust that this other person’s instincts are good.'” Leo furthers, “I think as Aimee and I have gotten closer, we have realized how much in common we have and how much respect we have for what the other person does and what they’re bringing to the table. The writing process has largely been long distance, but it’s been line by line, verse by verse, part by part; we’ll send each other something and go back and forth until it’s finished.” The album was recorded in Los Angeles with Ryan Freeland, between stretches of touring in 2013, and produced by Mann’s longtime friend and band member Paul Bryan.

Mann began her solo career in 1993 with the album Whatever and made a name for herself through her independent success and the founding of her record label, SuperEgo. In addition to her solo work, she has appeared on many film soundtracks, composed the soundtrack for Paul Thomas Anderson’s much-lauded Magnolia and appeared as herself on the hit indie TV series “Portlandia.” The new collaboration follows Mann’s eighth studio album Charmer which received national attention.

Punk/indie singer-songwriter and multi-instrumentalist Leo is best known for his work with Ted Leo and the Pharmacists over the past fifteen years. His most recent album The Brutalist Bricks was released on Matador Records in 2010. Leo also kept up a consistent presence as a solo performer since the late 1990s and began playing with Mann in February 2012.

THE BOTH TRACK LISTING
1. The Gambler
2. Milwaukee
3. No Sir
4. Volunteers of America
5. Pay For it
6. You Can’t Help Me Now
7. The Prisoner
8. Hummingbird
9. Honesty is no Excuse
10. Bedtime Stories
11. The Inevitable Shove 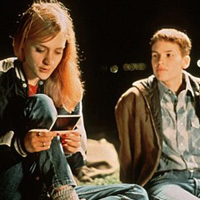 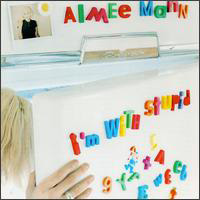