1991 was a good year for Lookout Records. I remember the too-cute-to-talk-to punk girl down the hall charging into our dorm room, bleached hair flying, when my roommate and I put on the Operation Ivy LP. I remember the thrill of tracking down a blue vinyl copy of Crimpshrine’s classic Sleep, What’s That? EP. I remember instantly loving Screeching Weasel and hating Green Day… on the same afternoon. I remember the ex-girlfriend who used to complain that I “only listened to angry music” going on about how great her new boy’s Filth/Blatz split was, and how Lookout was the best label ever. Fast forward to 2002: Lookout Records is now a shadow of its former self, while I’m listening to Enslaved and getting closer and closer to giving up on “pop-punk” altogether. This compilation (sorry, “label sampler” – another sign that we’re not in 1991 anymore) is just one more nail in the coffin.

Tellingly, about half of the CD is straight up rock-in-quotes. It ranges from the charmingly off-kilter American Steel (think Elvis Costello, but butch) to the ridiculous Wanna-Bes (does the shitty production mean that this collection of ’70s pop-rock clichés is supposed to be “ironic?”), and from the disappointment of Gaza Strippers (who’d have thought that Rick Sims’ voice would be so irritating when they do a slow song?) to the utter pointlessness of The Donnas (attention hipster boys: They don’t “rock” and they aren’t going to fuck you). In a similarly mediocre vein are Black Cat Music, The Pattern, The Enemies, and Ann Beretta.

Unfortunately, the pop/punk side of the equation doesn’t fare much better. Was it wrong of me to expect Bratmobile to come up with something a little less cutesy and more pissed off? Or to think Bis sounded like a bad emo-pop band digging through their big sister’s Duran Duran records (like The Faint… but dumb)? Fuck it, anyone who’s impressed by Ted Leo‘s pseudo-top 40 nonsense hasn’t heard The Fastbacks, anyone who is impressed by The Queers‘ sugary “I’m The Boy For You” hasn’t heard their early records, and anyone who likes Alkaline Trio is going to love Blink 182. This I swear.

In a similarly mediocre vein are Lillingtons, The Go-Nuts, Squirtgun, and Pitch Black. You get the idea. On the less negative side: Screeching Weasel prove conclusively that Ben Weasel has at least one more girl’s-name-for-a-title song in him, Common Rider energetically enact a hypothetical “what if Operation Ivy had stayed together until they weren’t angry anymore?” scenario, and The Eyeliners do a respectable impression of a female-fronted Hard-Ons. And then there’s The Mr. T Experience‘s “Mr. Ramones.” I remember this awesome band from the East Bay that did a song called “The End of the Ramones,” way back in 1989. The song was really cool, way better than this one… what was that band’s name again? Oh yeah, The Mr. T Experience. Take my life, please.
(3264 Adeline St. Berkeley, CA 94703) 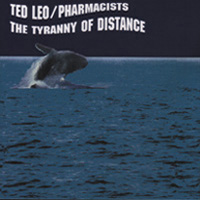