Mount Salem trip out with “Mescaline II” from new album

Metal Blade Records has teamed up with Revolver Magazine to debut the single “Mescaline II” from the release, Endless, by Chicago, IL based psychedelic rock/doom act Mount Salem. Check out the track HERE.

“Mescaline II is our follow up to our instrumental track Mescaline. We always wanted to expand on the idea of that song, but liked the way it was so writing another song to compliment it made sense when the EP expanded into a full-length album.”

Endless was released on March 4th, 2014 via Metal Blade Records and includes two brand-new tracks not featured on the original EP that was self-released by the band in 2012.

“Drawing from the riffage of Black Sabbath and the swagger of Pentagram, Chicago’s Mount Salem has created a blinding, groove oriented psychedelic tapestry that infuses the fuzz and growl of 70s metal with the melodic attack of a contemporary act.” -Outburn Magazine

About the band:
MOUNT SALEM started writing music together in the summer of 2012 and released their first EP, Endless, in the spring of 2013. The band puts a strong emphasis on tone and feeling in both their songs and live performances alike. Most of the band switched from their normal instruments and picked up new ones for this band and the result was much more natural than they had hoped for.

Taking influence from the classics like Black Sabbath and Pentagram, they play loud, heavy rock and roll using all vintage gear. Throwing their own twist of dark and mysterious doom into the music, they invite the listener to step into their sinister realm. The imagery in the lyrics will take you on a ride in which you won’t know whether to be scared or grab a sword and join the battle. “Endless feels like it’s trapped in the nightmarish head-space of a psychic medium on a bad trip” ? Mister Growl of MisterGrowl.com

Mount Salem has toured the Midwest, South, and East coasts. Sharing the stage with bands such as Windhand, Weedeater, Bongripper, LO-Pan, Mothership, and Howl, Mount Salem has fit on a wide variety of heavy shows and brings a live act to counter their music.

“This is music that creates images, demands attention, and engages all senses.”  -Mister Growl of MisterGrowl.com 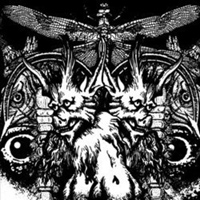 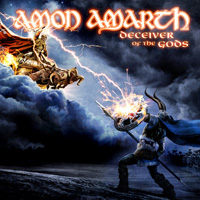 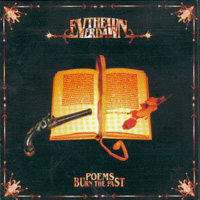 The Everdawn – Poems Burn the Past – Review