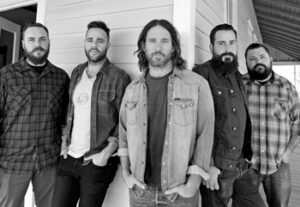 Chuck Ragan sings of love in “Something May Catch Fire” video

“I felt they captured an essence of love that we’ve all have either known ourselves or have dreamed of knowing one day,” explains folk troubadour CHUCK RAGAN of his stunning new video “Something May Catch Fire.”

“It’s easy to find inspiration when you’re with someone you fall in love with over and over again throughout your lives.”

The video for the life-long love story behind his second single “Something May Catch Fire” featuring his all-star backing band The Camaraderie was filmed at The Carnivale House on the foothills of Big Sky Movie Ranch in Los Angeles, CA and produced by Dannel Escallon and Anthem Films.

Ragan’s fourth studio album Till Midnight was released on March 25, 2014 via SideOneDummy Records. It was produced, engineered, and mixed by multi-instrumentalist Christopher Thorn of Blind Melon behind the walls of Fireside Sound and Fonogenic Studios in Los Angeles. “There are a lot of love songs on this one,” assures Ragan. From the playful and captivating fiddle and drums on the upbeat lead off track “Something May Catch Fire”, to the steel guitar and harmonica laden “Bedroll Lullaby”, to the heartwarming “Wake With You”, to the mesmerizing solo acoustic ballad “For All We Care”, this album propels Ragan to a whole new level musically. Guest vocalists include Lucero frontman Ben Nichols, Jenny O., Dave Hause, and Chad Price and Jon Snodgrass of Drag The River.

You Had Me At Six tour North America – News 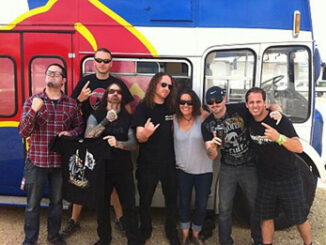