Rise Against tour the world behind The Black Market

Rise Against have announced the first set of dates of their world tour in support of their forthcoming new album The Black Market. In the US the band will be supported on all headline dates beginning on September 9th by Touché Amoré and Radkey.  Rise Against will then head overseas beginning on November 3rd with Pennywise and Emily’s Army supporting all European dates.

“It’s a pretty simple and visceral escapist sentiment,” commented Tim McIlrath.  “It’s about not wanting to be in a place, physically or mentally. It’s something most of us have said to ourselves, if not aloud, at some point in our lives. Whether you feel you are being exploited or ignored or you can just imagine a better place, it’s about longing for that place and finally admitting to yourself that you aren’t content with you current situation. But it doesn’t have the answer either. It’s just the first step.”

The first single “I Don’t Want To Be Here Anymore” after only 14 days is already #19* and the #1 spin gainer for the second week in a row on the Alternative Chart and #25* and one of the top spin gainers on the Active Rock Chart.

After 15 years, and six incendiary albums, Rise Against have become one of the most successful, challenging and revered punk rock bands on the planet.  Rise Against have sold four million albums globally across their last four releases – with 2011’s Endgame debuting at number one in Germany and Canada, and number two on the U.S. Billboard album chart. 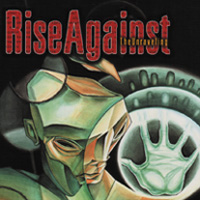 Rise Against – The Unraveling – Review

Pennywise to perform first three albums live back to back – News