Philadelphia pop-punk band Grayscale has released “Say Something,” the second single off their EP Change. “Say Something” is an emotional song that reminds fans of the hardships we go through and inspires hope to overcome them. Here is what the band had to say about the track:

“The song stems from the pain and frustration of loss. While the band were recording at the studio, Collin found out that his home burned down. The song depicts a destroyed house full of memories and a living room once filled with lively conversation and dancing. It relates to the visceral feeling of standing in a spot that once was vibrant and housed so many memories, but is now completely empty and abandoned.” – Grayscale

Grayscale signed with LA-based label Anchor Eighty Four  and announced the band’s sophomore EP, Change leading up to the up-and-coming five-piece’s debut full-length What We’re Missing, due out this summer. Change was recorded at Maximum Sound Studio in Boston MA, produced by Gary Cioffi (Transit, Misser).  It was mixed by Gary Cioffi and Phil Dubnik and mastered by Brian Gardner.

With influences including Brand New, Jimmy Eat World, and The Starting Line, Grayscale aims to connect with their fans through raw, emotional and lyric-focused songwriting that lets the audience know they’re not alone and elicit feelings of hope.

More About Grayscale:
Little over a year after their breakthrough debut EP Leaving, Philadelphia rock/pop-punk outfit Grayscale still feel like they’re just getting started. “Growing up, we were unified through our own set of issues we all had and over the past year, seeing our music impacting kids and helping them through similar situations… that’s the thing I love more than anything about this band. And we feel like we’re just getting started” proffers vocalist Collin Walsh. In reality, writing and performing the songs was equally therapeutic for the band themselves, as bassist Derek Parker adds; “We’re more comfortable and confident as people and musicians. We’ve really learned why we picked up instruments as kids and why we want to do this.” With influences such as Brand New, Jimmy Eat World, and The Starting Line, songwriting is an integral craft for the young five-piece; “The new material is the most lyric-focused and diverse we’ve written, all while remaining deeply personal to us,” states guitarist Dallas Molster.

With producer Gary Cioffi (Transit, Misser) at the helm, the band have completed their debut full-length, due this summer and titled What We’re Missing. “The title is inspired by missing important people in our lives and experiences that would’ve taken place if certain relationships had lasted; it’s about the ‘what ifs’ and the ‘could have beens'” states drummer Nick Veno. As guitarist Andrew Kyne explains; “We’re relishing everything, the new record and signing to a cool label we love. We want to reach more people and give them something to relate to and confide in. This band is our outlet to do that. We want our pure, raw emotion to connect with fans and for them to scream back at us.” 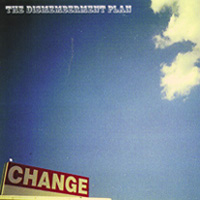