The Wonder Years to release The Greatest Generation

The Wonder Years will be releasing their new album, The Greatest Generation, via Hopeless Records on May 14th, 2013. The album was produced and engineered by Steve Evetts (Saves the Day, Lifetime, Every Time I Die), and mixed by Mark Trombino (Jimmy Eat World, Blink-182, Motion City Soundtrack). The band will appear on the entire 2013 Vans Warped Tour Main Stage, as well as heading out on their Spring headliner tour with Fireworks, Hostage Calm, and Misser, kicking off on March 8th in Asbury Park, NJ. For more information or to purchase tickets, please visit: www.TheWonderYearsBand.com.

Consisting of Dan “Soupy” Campbell (lead singer), Casey Cavaliere (guitarist), Matt Brasch (guitarist), Nick Steinborn (keyboardist/guitarist), Joshua Martin (bassist), and Michael Kennedy (drummer), The Wonder Years are a band that started as something of a joke and grew to become recognized around the country, courtesy of a sloppy debut LP that flicked some sort of switch. Releasing The Upsides in January 2010, a complete departure from The  Years’ early work, was just the beginning of an ongoing avalanche of momentum that has led the Philadelphia sextet to the forefront of the pop-punk community.

Engaging musicianship and intimate, instantly relatable lyricism made The Wonder Years a critical darling even before hordes of fans began to take notice. But it didn’t take long for everyone to jump on board. Signing to Hopeless Records with their brand of “realist pop-punk” and re-releasing The Upsides with bonus tracks brought about new buzz, and the release of the sprawling, 13-track concept record Suburbia I’ve Given You All and Now I’m Nothing in June of 2011 confirmed what many thought: The Wonder Years were for real.

Playing shows in basements, backyards and VFW halls the country over in its early years, the band had a DIY mentality long before it broke through to a larger audience. “The idea was that, for a long time, no one wanted to work with The Wonder Years so we said fuck it, we’ll do it ourselves,” Campbell says. “We didn’t need anyone else. We weren’t looking for charity. We were just going to cowboy up and fucking do it.”

The Wonder Years graced the cover of Alternative Press, played an entire summer on the Vans Warped Tour, and supported New Found Glory on the Pop Punk’s Not Dead Tour to close out 2011. They opened 2012 in a huge way, with the Glamour Kills Tour, which Campbell called the band’s “first big-boy headliner.” Leading Polar Bear Club, Transit, The Story So Far, A Loss for Words, and Into It. Over It. across the country for six weeks of sold-out shows proved that The Wonder Years are still growing, still making new friends, and breaking new boundaries.

Now, with the bands new release, The Greatest Generation, we will get to see what The Wonder Years have in store for us in 2013. The band tells us, “We know that this is unequivocally our strongest, most honest and most heartfelt work to date. We can’t wait to show everyone what we have in store for this release.”

The Wonder Years will release The Greatest Generation via Hopeless Records on May 14th, 2013. For track listing, see below.

Track Listing:
1. There, There
2. Passing Through A Screen Door
3. We Could Die Like This
4. Dismantling Summer
5. The Bastards, The Vultures, The Wolves
6. The Devil in My Bloodstream
7. Teenage Parents
8. Chaser
9. An American Religion (FSF)
10. A Raindance In Traffic
11. Madelyn
12. Cul-de-sacs
13. I Just Want To Sell Out My Funeral 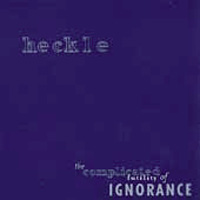 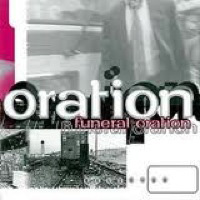 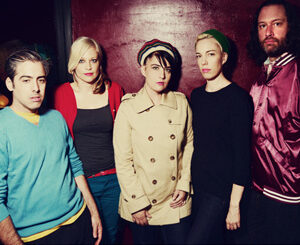