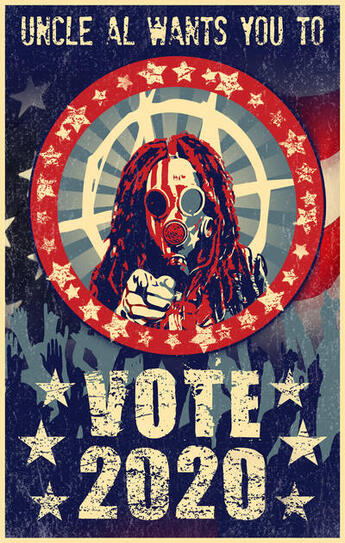 Ministry Releases New “Git Up, Get Out ‘N Vote” Video

Uncle Al Wants YOU To Vote! Ministry Releases New “Git Up, Get Out ‘N Vote” Video & Plans Surprises For The Next 2 Tuesdays Leading Up To Election Day Tuesday, November 3

Ministry’s Al Jourgensen is encouraging fans to “Git Up, Get Out ‘N Vote” by whatever means necessary ahead of the November 3 deadline. Today, Ministry releases a brand-new video to spread the message, using the music and lyrics from the notorious song that originally appeared on the band’s 2012 release Relapse.

Stay tuned to Ministry’s official social media accounts (@WeAreMinistry) the next two Tuesdays (October 27 and November 3) for additional surprises that will launch.
To provide the perfect soundtrack to get fans engaged in the upcoming voting season, Ministry has also created a new playlist, “The Soundtrack To Your Election,” available now on Spotify. With 30 powerful selections, the playlist features personal favorites of Jourgensen as well as Ministry’s own rally cries including new single “Alert Level” and tracks from the highly politicized album AmeriKKKant, the band’s most recent full-length release. Listen to it here: http://nblast.de/MinistryElection2020 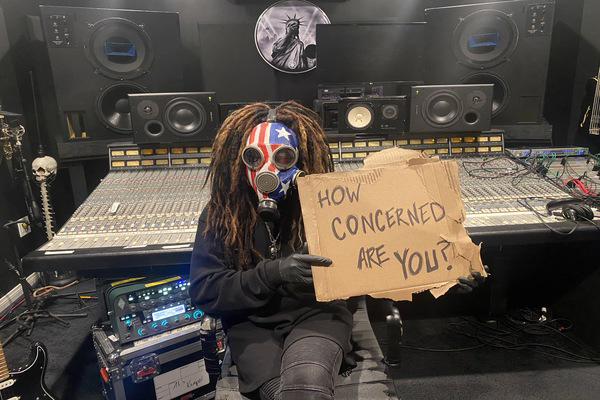 Featuring songs like “We’re Tired Of It” and “Victims Of A Clown,” the tracks are more relevant than ever as many focus on unseating Trump this November.
See this CNN piece about AmeriKKKant “taking on Trump’s America”: https://www.cnn.com/videos/entertainment/2018/06/18/new-ministry-album-takes-on-trumps-america.cnn
AmeriKKKant CDs, exclusive vinyl editions, and bundle packages are available at http://nblast.de/MinistryAmeriKKKantNB. 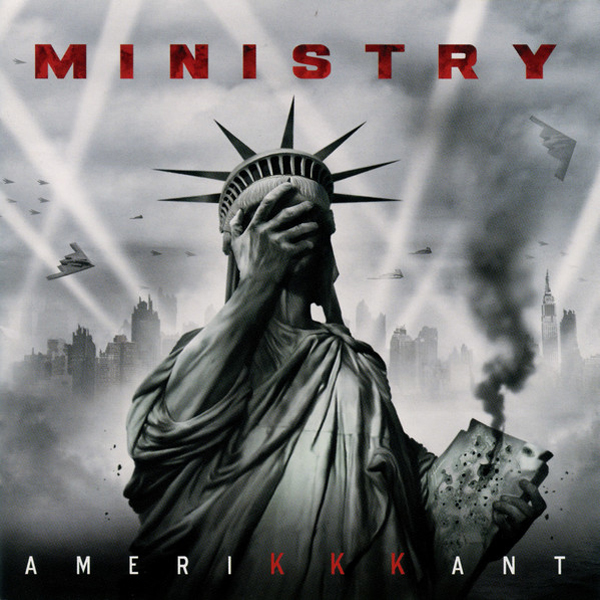 Jourgensen has spent decades using his music to rally fans and listeners to the fight for equal rights, restoring American liberties, exposing exploitation, and putting crooked politicians in their rightful place. Songs like “Thieves,” “Lies, Lies, Lies” and “N.W.O.” have taken on political corruption and the societal constructs that led to historic events like 9/11 and the 1992 Los Angeles riots while the George W. Bush administration spurred an entire trilogy from the industrial godfather.
With America still on the brink, Ministry’s Al Jourgensen has re-entered the studio to create his missives that will become material for a to-be-announced new album on Nuclear Blast Records. The first taste, “Alert Level” was released in April, and asked fans to be part of the larger conversation by answering the question posed by the song, “How concerned are you?” Many of the videos have been shared across Ministry’s social media pages as the band and Jourgensen encourage fans to remain engaged and informed in 2020.
Find Ministry Online:
Website: www.ministryband.com
Facebook: www.Facebook.com/WeAreMinistry
Twitter: www.Twitter.com/WeAreMinistry
Instagram: www.Instagram.com/WeAreMinistry 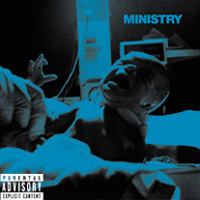 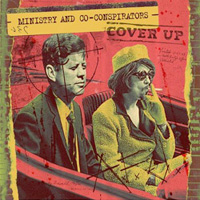