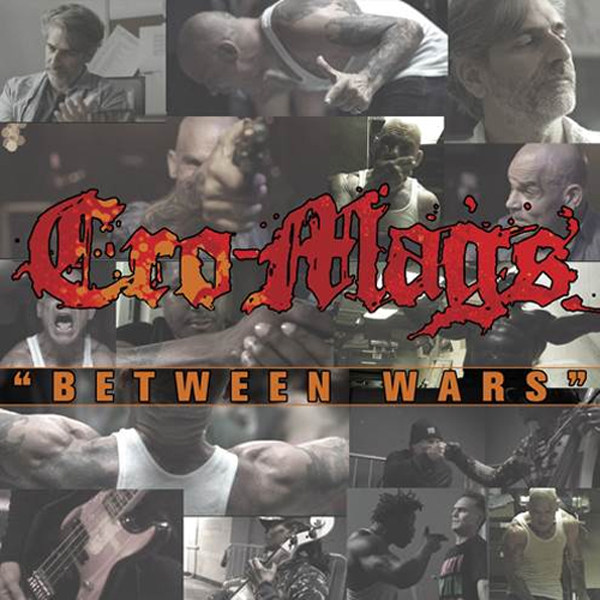 The Sopranos Michael Imperioli and Cro-Mags’ Harley Flanagan Between Wars

Cro-Mags kingpin Harley Flanagan is back with “Between Wars,” the gripping new music video from their latest opus In The Beginning, available everywhere now on Mission Two Entertainment. The track lends its name to Between Wars, the independent film starring Flanagan and The Sopranos star Michael Imperioli, due out later this year.

“This song was a lot of fun to work on as it gave me a chance to do something completely different,” says Flanagan about the instrumental track. “I recorded the song with just bass and drums, followed by all the arpeggiated guitar parts, and eventually I added the cellos and did Hungarian-style throat singing. I was inspired to add the cellos when I first heard Carlos “Lamont” Cooper playing in the NYC subway, where he plays to make a living. Turns out he’s an ex-gangbanger from NJ who has had a hard life, and although we have had very different experiences, we have a lot of things in common; PTSD will do that.”

Imperioli adds, “Harley’s involvement and performance in Between Wars is organic, natural and necessary. He fit into the role like a glove. The life experience he brings to the project is authentic and true and he made us all raise our games.”

Imperioli and Flanagan sat down with the movie’s director, Tom Phillips, to discuss the music video, the film, and the importance of music scores and soundtracks. Between Wars takes an intimate look at the struggle of re-entering civilian life post-combat. The film follows veteran Marine Franny Malloy (Shaun Paul Costello) as he struggles with integrating himself back home in NYC after returning from the war in Afghanistan. Battling PTSD and self-destructive behaviors, he finds his only hope in fellow Marine turned PTSD psychologist, Sarge, played by Michael Imperioli. Harley Flanagan plays McManus, an old school Bronx Irish gangster and general madman.

It’s been a few productive years for Flanagan lately, who after forming the Cro-Mags in 1983, legally asserted his original rights to the band name last year in a well-publicized lawsuit. “In many ways, it is a new beginning and also a tribute to where it all began,” reflects the frontman on the band’s first album in 20 years, In The Beginning.

In The Beginning is available now on CD, cassette and limited edition vinyl. 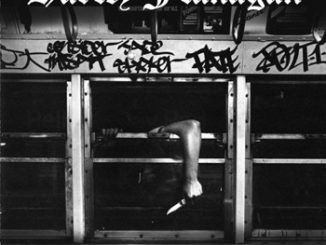 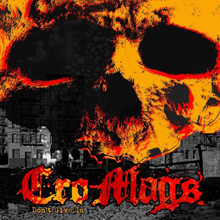 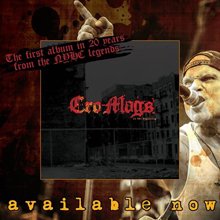