Ostensibly the soundtrack to the documentary of the same name (which itself is based on Steven Blush’s book), American Hardcore provides a pretty spiffy overview of the hardcore genre. At 26 tracks, it’s hardly a comprehensive retrospective, and with so many different regions, bands, and songs to choose from, folks are bound to bemoan this track’s or that band’s absence, but for novices seeking an introduction to the genre, or geeks looking for a righteous mix to throw in during their next beer bash (or, more likely, to blast in the car during morning traffic on the way to their corporate jobs as a way of convincing themselves that they’re not total sell-outs), it’s hard to argue with choices like D.O.A.‘s “Fucked Up Ronnie,” SS Decontrol‘s brutal “Boiling Point,” or Void‘s crushing “Who Are You?/Time To Die.”

Personally speaking, I was never much of a hardcore fan when I was at the so-called “target” age, i.e. a teenager or early 20s-er. If anything, I find myself appreciating the style more and more the older I get. Whether this is a case of arrested development, a looming mid-life crisis, or something more complementary, I can’t say. In any case, I’d definitely recommend checking out the film first, because seeing the footage and hearing the interviews in the film will make you appreciate this stuff a lot more than just hearing the tunes (again). 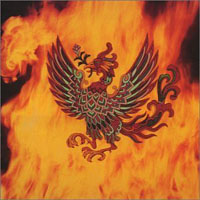